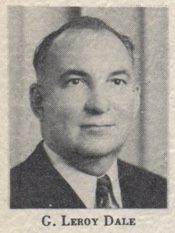 IN THE dictionaries, in religious books, in pulpits, in schools and colleges, men have given their personal opinions concerning the nature of God.

From the time of the cave man to this modern day, human conceptions of God have varied from "disturbances of nature" to "the quietness beyond human comprehension." Metaphysicians define God as Supreme Being; universal Creator of heaven, earth, and other planets; Creator of all forms of life everywhere; Spirit; unchangeable Principle; unchangeable Law; infinite Peace; divine Love; unadulterated Truth; Divine Mind; unlimited ideas of goodness; perfect invisible action; science of music and numbers; Producer of growth and expansion; unlimited Substance; Heavenly Father; the Source of all goodness and purity; divine all-knowing Intelligence; all-protecting Presence; Omniscience; Omnipresence; Omnipotence; the all-compassionate One; the universal Thinker and Planner; and so on.

Some persons may still think of God as having a good and bad nature, and hope to please Him by certain actions; but those who have studied Truth have gone far beyond such a concept. Truth students know that the one supreme Power is everywhere and that all forms of life live and move and have their being in It.

Mankind probably refers to God as "He" because in ages past men did most of the thinking and regarded women largely as chattels. In the present age however women have come into their own privileges of thinking and a balanced way of living is coming forth on the earth. God is just as much "She" as "He" (as much Mother as Father), and can be most aptly described as containing all forms of life regardless of whether male or female forms are manifesting through the vegetable, animal, or human kingdoms.

A person who becomes illumined through the study of Truth is fortunate. His concept of God has grown to a consciousness of understanding that God is everywhere and also within himself; that he is within God; that his own personal thought can enter into and receive a response from God (described by Jesus Christ as our heavenly Father); and that God who has individualized Himself in man can control and direct man's life when man turns to Him.