Mysticism, the religion of Jesus 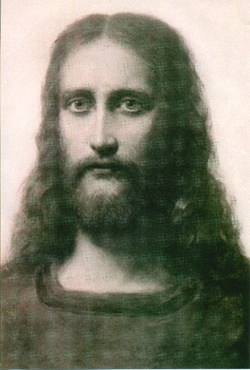 New Thought teaches that we also can have an awareness of our divine nature, just as did Jesus. In New Thought, Jesus is often referred to as the way-shower, he who shows the way. What is this way that Jesus taught? New Thought teaches that it is fundamentally an opening of the heart accompanied by a sense of oneness with God and all creation, a sense of gratitude and joy for all things that flow into one’s life and a willingness to manifest that which God wants to express through one’s life.

The role of faith

New Thought shares with traditional Christianity an understanding of the critical importance of faith. They differ, however, in what faith actually does. In New Thought, faith does not restore a connection to God nor change our status from lost to saved, for we are expressions of the Divine Idea of Christ, perfect and eternal, just as we are. We are never separate from God. Rather, faith serves to open up a channel in our soul for the reception of all good that God has prepared for us. In short, faith serves as a conduit for flow, not for oneness.

A mysticism based on intuition, not doctrine

Mysticism has always been part of the Christian tradition, as you will see in the chapter on Meister Eckhart. However the type of mysticism found in New Thought today has been impacted by the Enlightenment, which was an eighteenth century era in which reason was advocated as the primary source for legitimacy and authority. Prior to the Enlightenment, Christian mystics achieved awareness of their divine nature through the teaching and sacraments of the church; they came to know God because the church told them to do so. The Enlightenment set mystics free from the constraints of the church and tied their experience of God to rational thought. However early New Thought thinkers, beginning with Swedenborg and culminating with Emerson, reacted negatively to a mysticism of rationalism. They looked beyond reason and found intuition to be the reliable pathway to know one’s divine nature. So mysticism, as practiced by New Thought, is a direct perception of the reality of God, free of any church teaching or sacrament. New Thought has a name for this direct perception of God — Truth — and that is why New Thought mystics are known as truth students.