I wasn't raised in a church; before I was 16, I had no religious training or education. For many years I considered that a loss, but I now perceive the providence of God in my life. Let me share some of my early experiences of God, which are rich and powerful but also void of any real metaphysical understanding:

1. One Christmas, when I was about 12 , I received a crystal radio set. I kept it under the mattress of my bed and listened each night to whatever was coming in. It was most often some religious broadcast. And for several years, that is how I fell asleep many nights, listening to some priest or evangelist talking about God. I had no clue what they were talking about, but I sensed a sacredness in the tone of sincere confidence in God that provided me great comfort.

2. When I was about 14 or 15, I found two copies of The Power of Positive Thinking in our family’s book cabinet. We didn’t have many books; what we had fit in a cabinet of two short shelves, and, except for the Norman Vincent Peale book, none of them were religious. But his message captivated me. What I learned was to sit quietly and repeat sacred words. My favorite was “tranquility.” Now, fifty years later, it remains my favorite.

3. I got my driver’s license when I turned 16. Years of radio programs and Thought Conditioners had planted a seed. I asked my parents to let me take the car to church on Sunday morning. The Sunday School teacher for high school kids was a Luzerne County social worker, Mrs. Mary Ward. She shared many stories about her work with disadvantaged people, and in the Spring, I asked if she would like a volunteer. That led me to the camps where migrant workers stayed while picking the Fall harvest. For much of my senior year, I accompanied church women each week when they drove out to provide the field workers with clothing and food and their children with books and games. I found community in the camps in the midst of extreme poverty. What I found in the church was compassion. In May, I asked the minister to baptize me.

1. When the coronavirus lockdown began, I started studying New Testament Greek to cope with boredom. I discovered that the simple process of reciting Greek words led to conscious and subconscious impressions of the underlying truth they convey. A most powerful one is first person, singular of the verb to be, I AM: ego eimi. The verb has a series of four possible English translations arranged in descending spiritual quality: “I am; I exist; I live; I am present.” Without any theological study, these words began a healing work in me.

2. A year later, I lost my brother to brain cancer, the same illness that took the life of John McCain and Ted Kennedy. Dorwin Hicks was tough; in his early days, he lived life on the edge, and until he married and fathered a son, I was convinced that Don Henley and Glenn Frey had written Desperado just for him. In April 2021, two weeks after my vaccination, I flew down to visit. He died that weekend. I learned from losing my brother that the soul of a desperado understands life deeper than any metaphysical training can convey, that faith flourishes no matter the condition, and that love may flow without any need to explain.

3. Last Fall and this Summer, I attended Camps Farthest Out. And I will soon participate in two more. The camp is filled with personal testimony, joyful singing, creative arts, physical activities, and group prayer, all designed to open life to the activity of God but with no prescribed metaphysical teaching about who or what God is. In the CFO and JFO camps, I find spiritual community open to the immersion in Spirit with no clergy, metaphysic, or dogma.

These stories convince me that much of the metaphysical training we get in Unity is unnecessary for experiencing a rich spiritual life. Metaphysical training and spiritual understanding are important, but it is not necessary to experience God. These stories tell me that the experience of God leads to an understanding of God, that mysticism leads to metaphysics, and that love leads to truth. 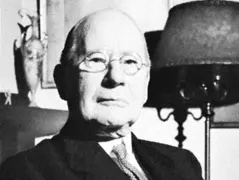 This leads me to write about Rufus Jones, the most prominent Quaker of the 20th century, best known as the founding leader of the American Friends Service Committee, which received the Nobel Prize for Peace in 1947. Quakers, as many know, are known for their work in achieving a peaceful resolution to war. The AFSC provided great humanitarian service in Europe after both world wars.

Regardless of historical interpretation, the fundamental cause of the divisions was theological. So Rufus Jones’ solution was to shift the defining character of Quakerism away from theological (metaphysical) understanding to mystical experience. He did this two ways.

But affirmative mysticism represents a “mutual and reciprocal correspondence” with God and is a most recent innovation of mystical experience. Jones believes Jacob Boehme (1575-1624) is a unique transmitter of vital mysticism and a significant influence on George Fox, the founder of Quakerism. He says vital mysticism gave Fox:

the thrilling experience of the breaking in of the Life of God which enabled him to “walk cheerfully over the world, answering that of God in every person,” even when his way led to prisons and dungeons. “Be staid,” he wrote to one of his Friends, “in that principle of God in thee, that it may raise thy mind up to God”— “Thou wilt find Him a God at hand.”2

This vital mysticism of Boehm and Fox was carried on by Romantic poets such as Blake and Emerson and philosophers such as William James. Jones concludes:

It may be ... that “the truth at the heart of things is too terribly simple and naked for the sons of flesh”—too simple and naked for the mind to “think out” and “explain.” Mysticism [can be] defined as “contact with Reality—without the help of discursive reason.” But when the inner self is fused and heightened it may come into mutual and reciprocal correspondence with God. It may find itself in parallelism with the currents of the Spirit.

Jesus said that unless we become as children, we will not inherit the kingdom of God. Rufus Jones has said that truth at the heart of things is too simple and naked for the mind to think out. Robert Fulghum wrote a few years ago that We Learned It All in Kindergarten. I, too, have found that true metaphysical understanding — and true religious unity and harmony as well — come only after authentic mystical experience.

Download Chapter 8: The Types of Mysticism in The Radiant Life (1944) from Archive.org or in landscape format for printing.

Download Rufus Jones and Mysticism by Daniel E Bassuk from GeorgeFox.edu digital commons or in landscape format for printing.