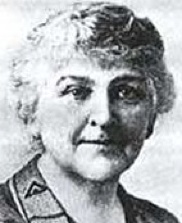 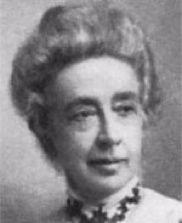 Divine Science is unique in that it came to be from the spiritual healing of two women, who did not know each other, one in San Francisco and the other in Colorado, who separately began their healing ministries and only later met and chose to combine their organizations, becoming what we know today as Divine Science.

Malinda Cramer was born in 1844 and moved to San Francisco for health reasons in 1870. Her health problems persisted for twenty-five years when, fed up with the inability of doctors to provide a cure, she declared “I will not see another physician.” Asked by her husband what she would do, she replied, “Get well, of course.” (Braden :268). Thus, she wrote in Divine Science and Healing, “the ax was laid at the root of the tree and the old conditions passed away as fast as I disowned the old habits of belief.” Friends began asking her for treatment and she was soon setting aside one afternoon each week for treatments. By 1888 she was teaching and healing full time and had called her program Divine Science. That same year she launched the monthly magazine Harmony. She was injured in the 1906 San Francisco earthquake and died from the injuries in 1907.

Nona Brooks was born in 1861 into a family that had had numerous health problems and had moved to Colorado for an improved health climate. Nona developed a serious throat ailment that made it difficult to eat, causing her to lose weight. A friend of her sister, Althea, met Mrs. Frank Bingham who had sought and obtained a cure from Emma Curtis Hopkins. They attended classes taught by Mrs. Bingham, who stressed the Omnipresence and had the sisters repeat “God is my health, I cannot be sick.” Initially the Brooks sisters discounted the practice but continued with the classes and eventually, but suddenly, Nona Brooks was healed. She declared that the whole room was filled with light and that evening ate a regular supper with the rest of the family.

A third sister, Fannie Brooks James, began teaching the same classes Mrs. Bingham had been teaching, while Nona began providing healing treatments in her free time. Fannie's classes rapidly grew and eventually all three sisters were teaching and healing full time. This opened a college in 1898, began holding Sunday services in 1899 and launched their monthly magazine, Fulfillment, in 1902. The publication attracted a visit from Malinda Cramer to Denver, at which time the women met in person and discovered the similarity of their paths. The Brooks sisters decided to adopt Divine Science as their name and, according to Braden (:272) “the understanding between Mrs. Cramer and the Brooks sisters was complete, and they willingly co-operated throughout the years.” After the unfortunate death of Mrs. Cramer in 1906 the movement became centered in Denver and was led by Nona Brooks until her death in 1945.

Dr. Irwin Gregg, Divine Science leader interviewed by Stillson Judah (:198-9), said, “Divine Science teaches complete faith and intelligence of the Universe. We differ from some of the other groups, who are doing very fine work, because we do not go in for visualizing or outlining what is our highest good. We believe that God knows best for us. Our belief is in the Omnipresence and our expression of it.”

Although Nona Brooks did much to expand the organization, there was no formal organization until 1957, which resulted in there being only a few dozen Divine Science churches, most of them existing in major cities. The official website is at: http://www.divinesciencefederation.org