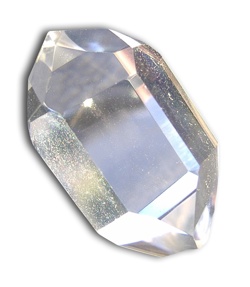 The term “metaphysics,” as used in New Thought, must be distinguished from how the term is used in philosophy. Both metaphysical philosophy and New Thought reach back to metaphysics, as established by Plato, but the philosophers have followed a path of open inquiry with no boundaries, leading to a wide variety of conclusions. In contrast to philosophy, New Thought has adopted Plato’s ideas (Idealism) and developed a working formula for spiritual insight known as Mind-Idea-Expression. This formula has established an understandable boundary from which New Thought students are able to pursue their spiritual path.

The term Mind, as used in New Thought, is synonymous with the term God and is often replaced by “God-Mind” to distinguish Mind from “human mind.” Although New Thought is in agreement with orthodox religions that God is all powerful, all knowing and everywhere present, New Thought emphasizes that God-Mind does two crucial things: it creates and emits Divine Ideas.

One who is an “idealist” looks for the true, perfect nature of all things. That true, perfect nature is what metaphysical thinkers know as an idea. Behind a flower is the idea of a flower and, while the flower may fade and die, the idea is both perfect and eternal. The Divine Idea for human beings is given a special term in New Thought, the Christ. Divine Ideas form the “pattern” from which things in the material world are expressed.

The work of the New Thought metaphysician is to establish a unity of human-mind with God-Mind (Oneness), relax the soul enough so it is able receive direct inspiration from God-Mind (which is known as truth and is why New Thought people refer to themselves as “truth students”) in the form of Divine Ideas (Flow) and, using the thought process of the human mind, cause the expression of Divine Ideas into the physical world (Manifestation). The quality of our physical world, as we experience it, is based largely on the purity of our metaphysical work.