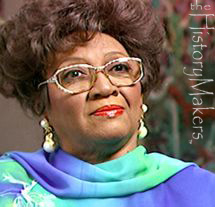 Johnnie Colemon was born in Columbus, Mississippi and raised in a spiritual environment by her parents, who were active members of the church and encouraged their only child to participate. She graduated valedictorian of her class at Union Academy High School and received her B.A. at Wiley College in Marshall, Texas and then she taught a few years in Mississippi and Chicago. After learning that she had an incurable disease in 1952, Colemon enrolled in the Unity School of Christianity, Lee's Summit, Missouri, where she received her teaching certificate and became an ordained minister.

Christ Universal Temple and the UFBL

She returned to Chicago and founded Christ Universal Temple in 1956, a thriving, spirited and progressive New Thought Church. The sanctuary seats more than 4,000. In 1974 she established the Universal Foundation for Better Living, an organization of affiliated New Thought churches and study groups. Colemon had at one time served as president of the Association of Unity Churches. She chose to end her affiliation with the Association of Unity Churches not because of differences in belief, but because she disagreed with the way Unity’s principles were being applied in certain situations. UFBL publishes a prayer journal that serves a purpose similar to Daily Word. UFBL operates the Johnnie Colemon Institute, which is roughly equivalent to Unity’s SEE program, and the Johnnie Colemon Theological Seminary, which offers degrees and preparation for ordination to the ministry.

Open Your Mind and Be Healed

Colemon's book, Open Your Mind and Be Healed, published in 1997, gives her personal story and an introduction to the universal principles of healing. The book has a foreward by Della Reese and five chapters that define ourselves as God's creation, with a birthright of health, which is manifest in us through faith and the power of our thinking. The final chapters call us to release fear and affirm the healing power of God.

Johnnie Colemon and The Participation of Blacks in Unity Work

If you have Neal Vahle's The Unity Movement It's Evolution and Spiritual Techniques, read chapter 13, The Participation of Blacks in Unity Work. Also, take a look at the page on TruthUnity for commentary about lesser-known contributions to Unity by African Americans.