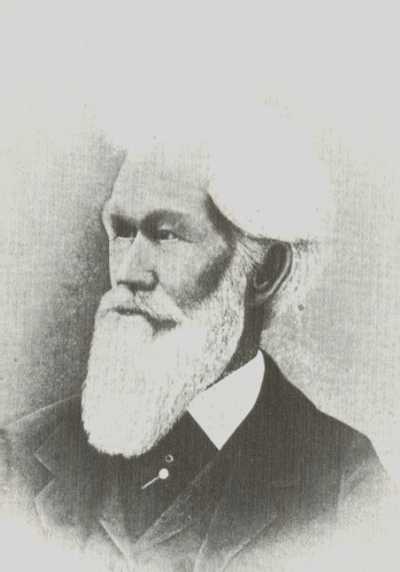 Neal Vahle writes (:57) that Warren Felt Evans “was the first American writer to give literary form to the ideas and methods of spiritual healing. His book The Mental Cure, published in 1869, is considered to be the first of all the New Thought books.” Vahle continues:

Evans combined the work of Franz Anton Mesmer, who illustrated the beneficent impact of the mind on the body for purposes of health, with the spiritual teaching of Ralph Waldo Emerson, which addressed the value of becoming one with the divine Indwelling Presence. Deepening the mental healing movement by demonstrating its spiritual basis, Evans provided the basis upon which Charles [Fillmore] developed his teaching. (:58)

Educated at Middlebury College and Dartmouth, he became a Methodist minister in 1837 and continued in the ministry until 1863 when he left to join the Swedenborgian church. There is a scholarly dispute whether at this point Evans had become an independently trained healer or whether he was a patient and student of Quimby (Valhe :82-88). Most likely his principal training came from his study of Swedenborg, Mesmer and Emerson, but a visit to Quimby enhanced his thinking. Regardless, he eventually opened an office in Boston in 1867 where he practiced and taught the principles of mental healing for twenty years. (“Warren Felt Evans” New Thought Library). Braden (:103) says Evans “did not develop anything strikingly new but he did in his numerous writings define and give wide currency to these central ideas; and he consciously … sought to buttress them by finding support for them among the great recognized thinkers of the past.”

Evans' study of Swedenborg is evident in the chapter headings in The Mental Cure and the popularity of this book has spread Swedenborg's ideas of the correspondence between the spiritual and physical worlds all through New Thought (Braden: 97). Evans is quoted as saying “Matter is the form of spirit, or that which gives substance or underlying reality of the body … a change of mental state is followed by a corresponding alteration of the bodily condition, either in the direction of health or disease” (:114).

Braden summarizes many passages where Evans' training as a Christian minister are evident: the efficacy of laying on of hands (:95), the Christian basis for mental healing (:101), the belief in both a transcendent and immanent God, the perception of God as both a person and Principle (:104), his understanding of the Christ Principle as the Living Word or Divine Logos (:106) and the saving power of predominant holy love (:111).

Braden highlights Evans’ view of disease and how disease is healed (:115-126), his use of affirmations and denials (:123), his view of the relationship of sin and disease, and Evans' repeated emphasis on ideas translating into expressions in the body. According to Braden, Evans believed that two things are necessary “if a patient would receive a spiritual sanative influence, whether through self-treatment or at the hands of another. One is the desire to get well. The other is a faith in the efficiency of the remedial agent. Without these two things the cure of disease by any mode of treatment is, to say the least, if not impossible, exceedingly difficult” (:121).