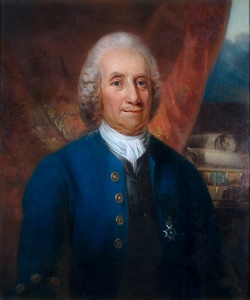 Swedenborg was a Swedish scientist, philosopher, Christian mystic, and theologian who lived during the Enlightenment which describes a time in Western philosophy and cultural life in which reason (and not faith) was advocated as the primary source and legitimacy for authority (“Emanuel Swedenborg”, Wikipedia). Swedenborg had a prolific career as an inventor and scientist but at the age of fifty-six he entered into a spiritual phase in which he experienced dreams and visions. This culminated in a spiritual awakening, where he claimed he was appointed by the Lord to write a heavenly doctrine to reform Christianity. He claimed that the Lord had opened his eyes, so that from then on he could freely visit heaven and hell, and talk with angels, demons, and other spirits.

The primacy of consciousness over doctrinal faith

Swedenborg, a product of the Enlightenment, rejected doctrinal faith and embraced truth as revealed directly to him via intuition and reason. He and others like him loosened the grip of both Catholic and Calvinist belief systems on the spiritual life of people and ushered in an independent mindset that we see in the American and French revolutions. This contributed to the freedom of our founding fathers to reject monarchy in favor of democracy, it contributed to the freedom of Emerson and the transcendentalists to reject revealed religion in favor of intuition and it contributed to the New Thought movement's rejecting orthodox belief systems in favor of the need for a higher state of consciousness.

Swedenborg believed that there was an interior spiritual sense revealed to him by the scriptures when his spiritual sight was opened. Therefore, according to Judah, he reinterpreted many books of the Bible, giving to each a spiritual or inner meaning, which allowed him to comprehend the Bible as agreeing with his understanding of science. This same spiritual interpretation of scripture was done by Mary Baker Eddy when she wrote Science and Health with Key to the Scriptures, by Charles Fillmore when he compiled the Metaphysical Bible Dictionary and by The Theosophical Society which produced the allegorical Mystery Language. If you would like to pursue Metaphysical Bible Interpretation, the following resource may be helpful: http://www.truthunity.net/texts/mbd

Judah says that Swedenborg believed in a spiritual world and a natural world corresponding to one another as cause and effect. The natural world was the image of the spiritual one, and both received an influx from the divine. Similarly, both natural and spiritual man were recipients of the divine by influx. Each was a correspondent of the higher, and the higher was the cause of the lower, its effect. From these ideas New Thought understands Mind-God emanating divine ideas, which, when combined with our thinking capacity, are expressed in the physical realm. This latter part is what we know in Unity as the Law of Mind Action.