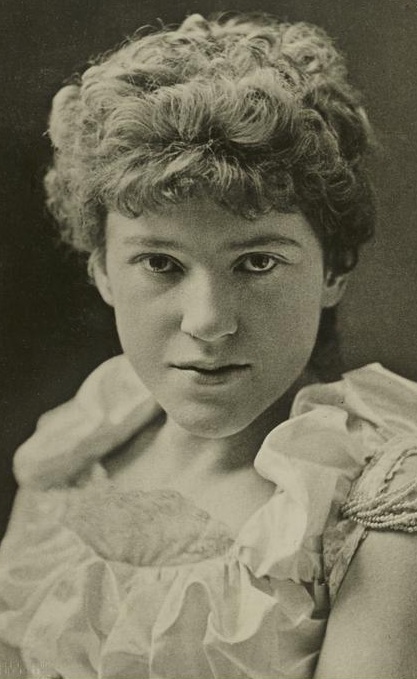 Ella Wheeler Wilcox was born and raised in Wisconsin where she gained a reputation as an excellent writer of poetry. At one point she was a student of Emma Curtis Hopkins, with whom she shared a strong belief in total abstinence of alcohol. She was also an associate editor of New Thought Magazine and had a number of her essays published in The Heart of New Thought.

When about 28 years of age, she married Robert Wilcox. They had one child, a son, who died shortly after birth. Not long after their marriage, they both became interested in Theosophy, New Thought, and Spiritualism. They moved to Connecticut where she lived until her death in 1919.

As we think, act, and live here today, we build the structures of our homes in spirit realms after we leave earth, and we build karma for future lives, thousands of years to come, on this earth or other planets. Life will assume new dignity, and labor new interest for us, when we come to the knowledge that death is but a continuation of life and labor, in higher planes.

Braden writes (:356) that Ella Wheeler Wilcox may not have been one of America's greatest poets, but in her time she was one of the most popular. It is for this popularity and the ability of her poems and prose to get a “wide hearing or reading for New Thought ideas by the general public” that Braden includes her in Spirits in Rebellion. Her works, filled with positivism, were popular in the New Thought Movement and by 1915 her booklet, What I Know About New Thought, had a distribution of 50,000 copies, according to its publisher, Elizabeth Towne. Braden believes that it was probably as regular contributor to newspapers that she reached her widest public, for she wrote syndicated articles for the Hearst papers (:360). Thus New Thought ideas found an outlet to the public they could never have gotten through specifically New Thought channels.

In the walkway along side City Lights Bookstore in San Francisco (one of my favorite bookstores, home of the beat generation and perhaps the world's best known shop for poetry) there is a plaque quoting Ella Wheeler Wilcox which reads, “Love lights more fires than hate extinguishes.”