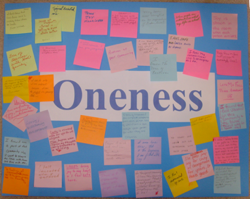 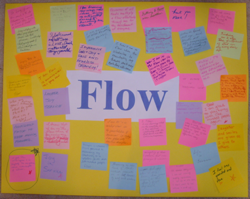 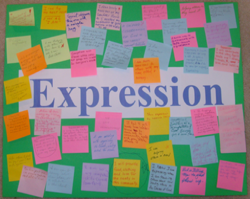 Current scholarship regards American Religion as being composed of three distinct religious forces: Protestant evangelical traditions which stress a sense of separation from spiritual power, mainstream Christian denominational traditions which stress grace through communal ceremony and, finally, metaphysical religion, which includes what we know as New Thought, but also includes Spiritualism, Christian Science, Theosophy, and a variety of new movements, such as New Age [Albanese, 5-15]. There are three distinguishing characteristics of metaphysical religion:

A confluence of metaphysics, mysticism and mind-cure

New Thought is a religious movement that emerged in the second half of the 19th century as the result of the confluence of three great spiritual traditions, each of which seem to speak to human beings in a distinct, unique way.

A definition of New Thought

So we find ourselves with the following definition of New Thought:

A spirituality with a belief system of Oneness, Flow and Manifestation and articulated by the construct of Mind-Idea-Expression, that addresses the needs of the head, heart and body and is based on the rich traditions of western philosophy, the teachings of Jesus and our understanding of the mind-body connection.

This definition will provide the framework for distinguishing New Thought from other religious traditions and these terms will be fleshed-out as we consider the many contributions of New Thought antecedents and pioneers.