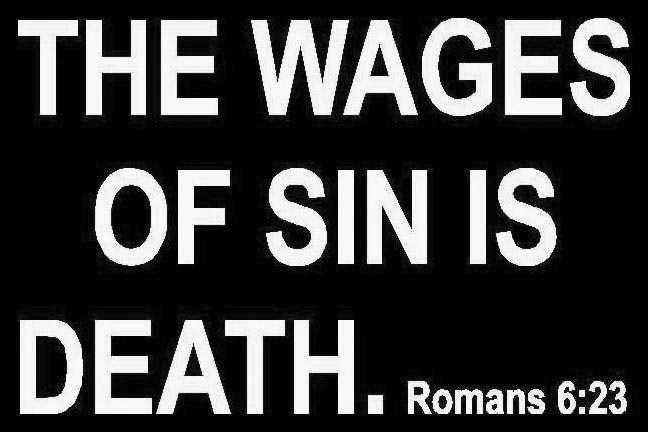 Now that we have a broad sweep of Paul's writings, let's drill down into the writings themselves. Interpreting Paul's letters can sometimes be difficult for a number of reasons. Unlike the stories in Acts, Paul's letters seem to convey concrete, literal instructions on how we should live our lives. Paul's letters can also be difficult to interpret because we seem to be bombarded with images like the one shown above and we seldom question them from a metaphysical perspective. Regardless of the difficulty in interpreting the letters of Paul, we must try.  The Bible quote shown above is a fairly modern, correct translation of the writing of St. Paul. The terms in the Bible are not going to change. If one wants to read the Bible, one must deal with terms that are in the Bible, and if those terms seem to be literal instructions or if they have been distorted by religious fundamentalism, we must find a way to uncover the metaphysical meaning.

Four Divine ideas in the religion of Paul.  Before starting, let's remember that we are metaphysicians, meaning that we look for the underlying Truth behind all phenomena.  This means that if the religion of Jesus, the religion of Paul and our religion are authentic spiritual experiences, then there should be common Divine ideas behind these events, regardless of the differences in how they are expressed by Jesus, by Paul or by us.  What might those Divine ideas be? Marcus Borg (:243-58) has identified four that appear time and again in Paul's writings. In the following sections, I will describe these ideas and match them to our understanding of metaphysical Christianity.

To help guide our reading, here is a summary of the points I will make:

After reading the information below, we should see that the well-known verse from Romans 6:23, “The wages of sin is death,” may be be understood as “when I think of myself as alone and separate from God, then I find it difficult to express my higher, Christ nature.” Doesn't that sound better?

“Jesus is Lord”: Oneness in God-Mind

“Jesus is Lord.”  We saw, in Chapter Seven, that Paul's true mission is not just converting Jews or Gentiles, but rather converting all of Rome, for Rome symbolized a world order that could not stand in light of the new world order (of oneness)  established by Christ. According to Borg, when Paul declares that “Jesus is Lord” he is implicitly declaring that “Caesar is not Lord,” neither are the masters of slaves, and that there is no distinction between Jew and Gentile. But all of these, including Caesar, are part of the one reign of Jesus Christ.

Separation from God, “Sin.” If Paul's principle concern is acknowledging the oneness of the entire cosmic order in Christ, then the term he uses to convey separateness from that new cosmic order is sin.  Sin has been generally understood to mean a state of separation from God. For the traditional Christian, this separation is an inescapable fact except for the grace of God or the church.

Metaphysical sin, consciousness of separateness with God-Mind. We saw in the first chapter, on Metaphysics, that establishing a consciousness of oneness with God-Mind is the principle goal of one who does metaphysical work and is the starting point for the creative activity we know as Mind-Idea-Expression. Metaphysically, we know this as Christ consciousness, the harmony of all our faculties in service to our true Self, the I AM. For the metaphysician, there can never truly be a separation from God, only a consciousness of separateness from God; sin is merely a mistaken belief of that  separateness. Regardless of this distinction, there is no reason why, when we hear a reference to sin, sinfulness or sin-full nature, we are not able to hear the speaker conveying a sense of separation from my true Self.

“In Christ, In the Spirit”: Free Flow of Divine Ideas

“In Christ,” “In the Spirit.” Borg says that Paul uses the term “in Christ” 165 times in this letters and another twenty times he uses the synonymous term “in the Spirit.” These terms convey what Borg calls Paul's “vision of the Christian life.” In other words, they speak to how we should live. When Paul speaks about living “in Christ” or “in the Spirit” he is speaking about being free from sin, which means it is how we live when there is no separation from God. For the metaphysician, a life lived with no separation from God-Mind results in the flow of Divine Ideas into consciousness.  I will describe that flow in a moment.

“In the Flesh,” “In Adam,” “Judgment.” In contrast to a life “in Christ,” Paul describes another way of living, separate from God and one of bondage to sin, which he refers to as life “in the flesh” or “in Adam.” Since traditional Christianity views the separation from God as being inescapable, the traditional view of bondage to sin is also inescapable, meaning that overcoming a life in the flesh is not a matter of will power. Paul writes in Romans, “I am of the flesh, sold into slavery under sin. I do not understand my own actions. For I do not do what I want, but I do the very thing I hate” (7:14-15).

If sin is the term that conveys separation from God, then judgment is the term that conveys living in bondage to sin. There is a difference. Sin is a state of separation. Judgment is what happens to us when we remain in that state. John has Jesus saying “anyone who hears my word and believes him who sent me has eternal life, and does not come under judgment, but has passed from death to life” (John 5:24). We will get to passing from death to life in a moment.

See how this rapid intrinsic energy worketh everywhere, righting wrongs, correcting appearance, and bringing up facts to a harmony with thoughts. Its operation in life, though slow to the senses, is at last, as sure as in the soul. By it, a man is made the the Providence to himself, dispensing good to his goodness, and evil to his sin. Character is always known.

Divine Ideas are, for the metaphysician, our source of well-being, health and prosperity. Charles Fillmore writes,

Divine ideas are man's inheritance; they are pregnant with all possibility, because ideas are the foundation and cause of all that man desires. With this understanding as a foundation, we easily perceive how "all . . . mine are thine." All the ideas contained in the one Father-Mind are at the mental command of its offspring. Get behind a thing into the mental realm where it exists as an inexhaustible idea, and you can draw upon it perpetually and never deplete the source. (Christian Healing :13)

By constricting the flow of Divine ideas into our soul, sin, the state of consciousness of being separate from God, brings on what the Paul called living “in the flesh” and the traditional Christian calls judgment.

Death.  “How well we do” means whether we prosper or struggle and, ultimately, whether we live or die. So the ultimate penalty for our inability to be “justified” before God is death.

Justification by grace though faith, not by will-power. Paul came to his understanding of “justification by grace through faith” because of his inability to achieve a perfect expression by will and intellect. He was a good Pharisee, but he knew that his life was not sufficient to achieve the full expression of his true nature. The will is one of the Twelve Powers, our decision making faculty that moves the other faculties into action. The problem with the will is that it cannot see the reality of Divine ideas.  So, as we said in the chapter on the Metaphysical Paul, Paul's mission was to conquer the will and intellect (symbolized by Rome) and to place it in service to his Christ nature.  Paul's discovery is that the it is the faculty of faith, our ability to perceive the reality of the oneness of God and the flow of Divine ideas, that  enables us to achieve perfect expression.

Works of consciousness. The power behind justification by grace through faith, or perfect expression, is what metaphysicians know as “works of consciousness,” that is, our work in consciousness with the Divine Ideas given by God-Mind, primarily through affirmations, prayer and what Eric Butterworth called keeping “in the flow of life.”  Such works can't help but express our Christ potential. Trying to be perfect by our own will-power doesn't work.

“I have been crucified with Christ; and it is no longer I who live, but it is Christ who lives in me. And the life I now live in the flesh I live by faith in the Son of God, who loved me and gave himself for me” (Gal 2:20)

Metaphysical rebirth: crucifixion of error thoughts. Metaphysically, crucifixion is our experience of letting go of error thinking, some cherished aspect our our personality or of our personal life, in order to unfold more of our spiritual potential. Paul writes in his letter to the Romans,

I appeal to you therefore, brothers and sisters, by the mercies of God, to present your bodies as a living sacrifice, holy and acceptable to God, which is your spiritual worship. Do not be conformed to this world, but be transformed by the renewing of your minds, so that you may discern what is the will of God—what is good and acceptable and perfect. (12:1-2)