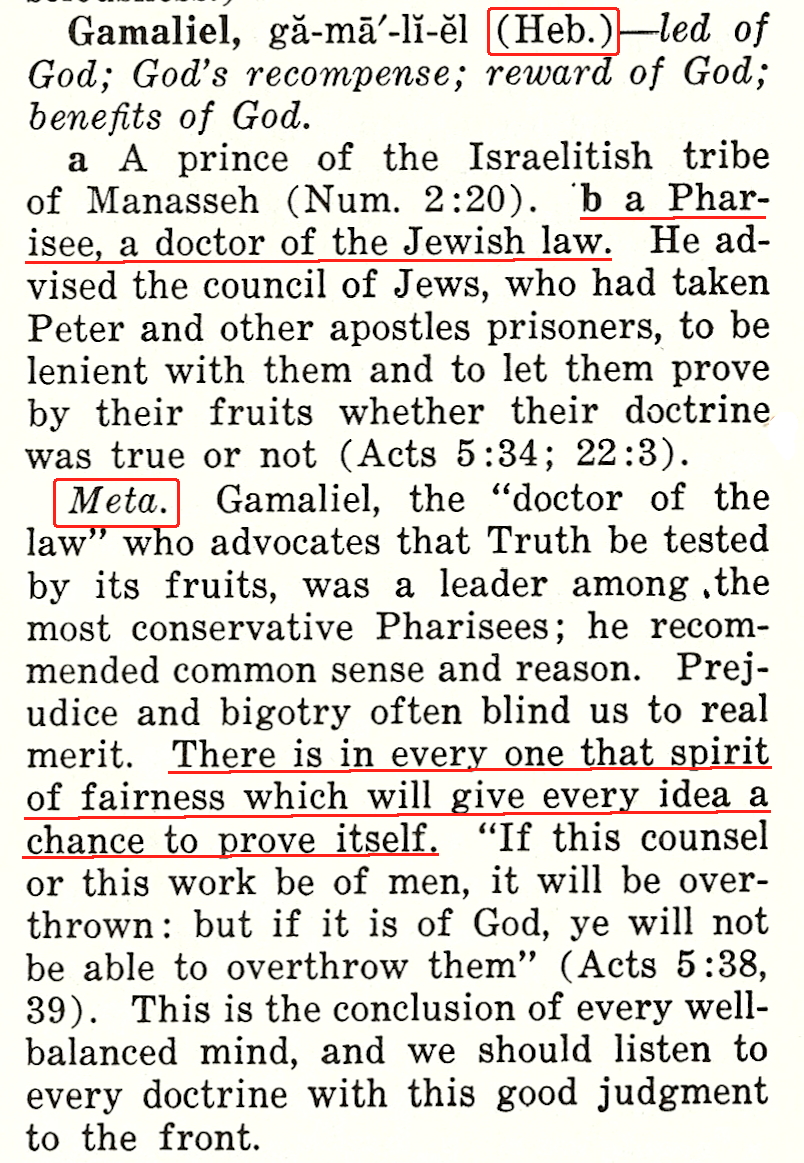 To get started with our own metaphysical interpretation, we need to get familiar with the Metaphysical Bible Dictionary (MBD) and to know its limitations. The 3,000+ entries in the MBD are definitions that “have been traced back to their original root ideas” (:4), based on the interpretation of Charles Fillmore or, with his approval, the interpretation of his  student, Theodosia DeWitt Schobert (:3).  In this entry, and in nearly all entries of the MBD, we see three things: 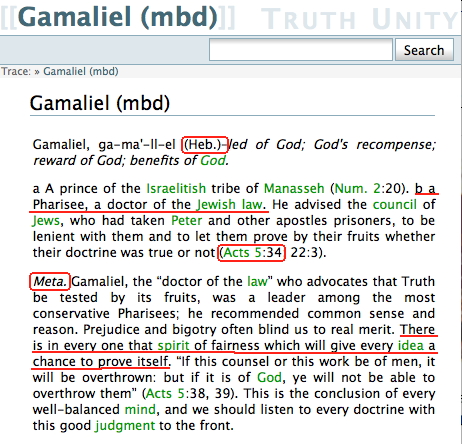 An alternative to looking up the entry in the printed version of the MBD is to use our free, online resource at:

To the left is the entry for Gamaliel from this online resource.  Note that it is identical information, but that some of the text is “hyperlinked” to other terms, such as God, Jewish, law, council, and Jews, spirit, mind and judgment.

The hyperlinking is not only to other MBD entries; there is also hyperlinking to the American Standard Bible (ASB), which was the Bible used by Charles Fillmore.  Note the reference above to Acts 5:34. When you click on it, you web browser will open to Acts, Chapter 5 in the ASB.   From there, you will see other hyperlinked words, such as council, Pharisee, law, and Israel.

By navigating to and from various entries in the MBD and the ASB, you are able to quickly grasp the metaphysical meaning of the passage.