12. After Paul: Christianity in the Balance 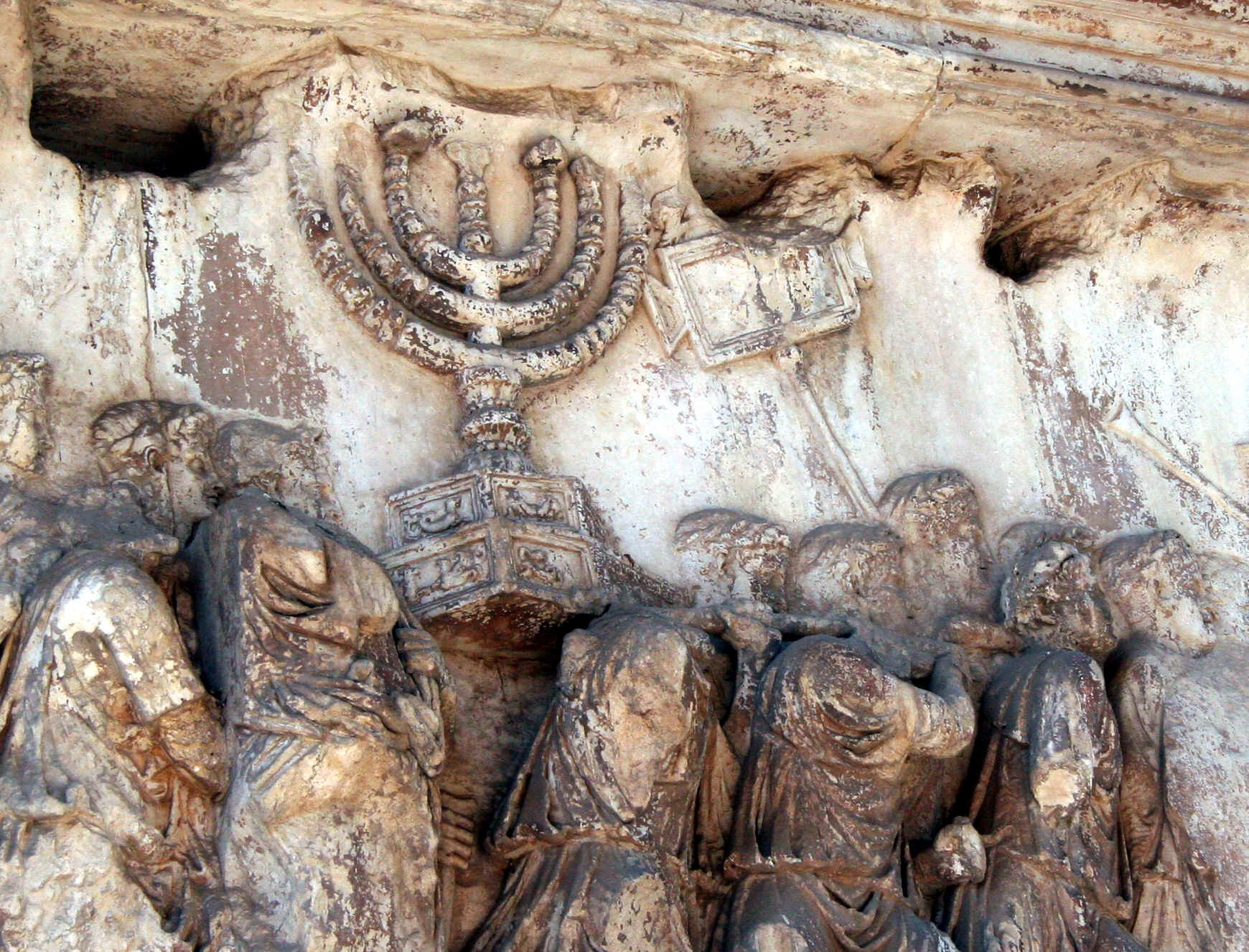 So far we have covered seven of the earliest writings in the New Testament, which are the seven authentic letters of Paul, written approximately during the decade from 50-60 CE, and we have covered the Acts of the Apostles, which was written after Paul's time. We now turn to the historical developments of the next 40-50 years, during which most, if not all the other books of the New Testament were written, which include the remaining letters, the four Gospels and the Book of Revelation.

The situation at the end of Paul's ministry. We've covered quite a bit of historical material so far: how immediately after the end of Jesus' ministry the disciples congregated in Jerusalem, how Paul first persecuted those disciples and then experienced a transforming conversion, that he was called to bring the Christian message to the Gentiles and that his ultimate mission was to “convert Rome,” that he embarked on several missionary journeys and that he sought to convert the “God-fearers” (Gentiles who were following Judaism) and that he was met with fierce resistance by both Jews and Jewish-Christians. To understand the next developments, we need to know a few more things.

Two expressions of Judaism. Judaism was very popular among the Gentiles in the cities where Paul preached. The Gentles, who were dissatisfied with the confusion and licentiousness of Greek religion, found in Judaism a monotheistic view of the cosmos, strong moral ethics and a closely organized spiritual community. Gentile-Jewish converts who lived outside of Palestine were generally prosperous and cosmopolitain in their outlook. While they resisted complying with some of the more onerous Jewish laws, such as circumcision, they found great benefit in the following the world's first monotheistic religion. But Judaism, as practiced in Jerusalem, was quite different because of its historical baggage. In Jerusalem, there were the additional burdens of the enormous business of sacrifices in the Temple, the political intrigue of Jewish leadership and the backward looking, conservative world view that entirely rejected greek culture (hellenism). In summary, Judaism, as practiced outside of Israel, was more free from its historical baggage than in Jerusalem. We will see later why this difference is so significant to the eventual success of Christianity.

Two expressions of the Jesus movement.  This same difference affected Christianity.  The Jewish-Christian leaders in Jerusalem saw things much differently than did Paul and his Gentile converts. Was Christianity a Jewish sect or was it a new religion?  By 60 CE, at the end of Paul's life, it was not clear that Christianity would ever be more than a Jewish sect.  If that were so, then Christianity would eventually have run its course and the entire movement would have folded back into becoming a footnote in Jewish history. Paul's work to bring the Christian message to the Gentiles was accommodated, but never embraced, by the Jewish-Christian leaders in Jerusalem (Peter and James). According to Paul Johnson (A History of Christianity :33), “the leaders of the movement in Jerusalem were much closer to Judaism than Jesus,” meaning that James and Peter were happy to have the Gentile converts and the funds they provided, but they continued to insist that converts comply with all of the Jewish laws. Thus, says Johnson, “the whole movement was in danger of being first contained, then reabsorbed.”

The failure of Paul's mission. While Paul met with ambivalence from the Jewish-Christian leaders, he got nothing but fierce opposition from non-Christian Jewish leaders (Pharisees and Sadducees) who clearly saw Christianity as a troublesome Jewish sect and wanted to stamp it out. These leaders never held Paul's mission of the conversion of Rome and they certainly never held to his vision of a new world order with no social hierarchy.  Their reaction to Paul was the same as was their reaction to Jesus; someone who needed to be first contained and then eliminated. We read in Acts 21-28 that the Jewish leadership harassed Paul for two years in Jerusalem, which led him to appeal to Rome, where he met his ultimate fate. So they were able to rid themselves of Paul and they were happy to see the end his ministry.

Gnosticism. In the first century CE, there were many new spiritual movements besides Christianity. One of the most notable was Gnosticism, which might be viewed as the “new age” of its day. Gnosticism was an esoteric belief in a world that is so dominated by good and evil powers that the the only way for the believer to successfully navigate life is to acquire a secret knowledge about those powers. Gnosticism kept popping up everywhere there were people with an interest in esoteric things. Gnosticism was “new age” in two respects. First, it had the ability to adapt to established teachings, offering the “esoteric version” of whatever teaching it was adapting. Second, Gnosticism never built its own movement, but rather attached itself to, and infiltrated into, established religions. These “new age” characteristics of Gnosticism gave it a tremendous advantage.  We will see that, just as Paul had gone to the Jewish synagogue to find sympathetic potential converts, Gnostics began to make their way into Paul's communities as well.

Delay and reframing of the return of Jesus. The first generation of Christians fully expected Jesus to return and establish a new kingdom within their lifetime. Paul's response to the delay in the return of Jesus was, as we read in 1 Thessalonians, to remain confident and faithful and be assured that Jesus will soon return. After Paul's death, which was some 30 years after Jesus, this argument was more difficult to accept. The difficulty led to a reframing of the return of Jesus from an imminent return to an eventual return and it also led to the establishment in the church of institutional structures and ethical norms to maintain unity over the long haul.

Revolt of the Jews and the destruction of Jerusalem.  As previously mentioned, there were several reasons that Judaism was an attractive religion for Gentiles. It may be said that culture was ready for monotheism and Judaism clearly offered that. Rome was exceptionally tolerant of Judaism, allowing its practice in exchange for a Jewish ritual honoring Caesar. In Paul's lifetime there were few drawbacks, social or political, to becoming a Jew. But, as also previously mentioned, the mentality in Jerusalem was quite conservative and backward looking. The Zealots, Jews who resisted the dominance of Rome, were able to lead an uprising in 66 CE, which led to a series of events that resulted in the destruction of the Temple (and to an end to the entire sacrificial system) by 70 CE. The uprising and the destruction led to many significant changes.

First was that it was no longer advantageous to be a Jew. Rome was now suppressing Judaism and therefore, after 66 CE, Christian writings written for Gentile readers tend to distance Christianity from Judaism. We see this in Luke's accounts in Acts, where we get the sense that Luke is saying that all Paul's difficulties were caused by the Jews, not the Roman authorities, which was not true. Other Christian writings, written for Jewish readers, tend to distance Christianity from the sacrificial system and the Temple activities. We will see this in the letter to the Hebrews. In another course, we will see that, after 66 CE, this necessity of writing for either a Jewish or Gentile audience caused the writing of two gospels, Matthew, for the Jews and Luke, for the Gentiles.

Second, and most important, after 66 CE there was no longer any Jewish-Christian leadership in Jerusalem attempting to pull Christianity back into Judaism. The entire Jewish-Christian leadership was killed or run out of Jerusalem. The synagogue in the diaspora became the focus of Jewish life and, given what had happened in Jerusalem, they had no tolerance for the Christians at all, even if some of them were “closer to Judaism than Jesus.” Johnson notes that the Jewish-Christians, which had accused Paul of heresy were now being themselves accused of heresy by the Jews in the synagogues.  Johnson writes that “Around 85, the judgment was incorporated in the synagogue liturgy: 'May the Nazarenes and the heretics be suddenly destroyed and removed from the book of life.'”

Johnson writes that “what ensured the survival of Christianity was not the triumph of Paul in the field but the destruction of Jerusalem, and with it the Jewish-Christian faith.” Peter and James were gone and Paul and his followers were run out of the synagogues. This caused the final break between Judaism and Christianity.  From that point on, Christianity was on its own.  So, even though Paul was unsuccessful in separating Christianity from Jewish custom and law, the separation did occur as a result of the revolt of the Jews in 66 CE.