Twelve Positive Emotions that turn on the Twelve Powers 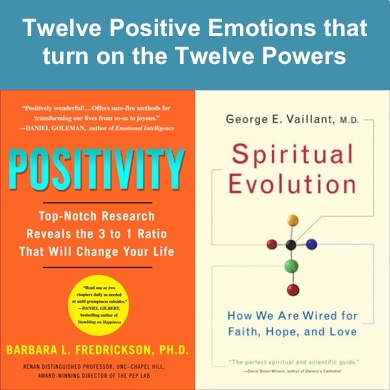 What follows is my take on why the twelve powers work. It's a simple idea, but it's based on some very well-regarded discoveries made in the past 10-15 years. And it's supported by May Rowland's I Feel the Presence. I know that it's all a bit of speculation on my part, but it works for me. I would be grateful to get feedback from you on the relationship of the limbic system emotions and the twelve powers. Be sure to watch the George Vaillant video at the end of this page. In six short minutes, he explains how it all works. Also, if any of you wind up giving a Sunday lesson on this topic, I would love to have a link to the talk. I'll add it to the playlist. I hope it's useful to you.

Coincidentally, this idea also gives insight as to why the Christian church has traditionally celebrated Advent with four powerful emotions: hope, peace, love and joy: it just may be that they awaken the four great faculties of faith, strength, love and order. Why is this important? Many Unity ministers are looking for a fresh approach to Unity's 12 Powers Christmas celebration. I would encourage looking at eliciting the "twelve positive emotions" as a means of awakening the Christ child in each of us. Again, if you record it, send me the link and I'll share it.

Many blessings of hope, peace, love and joy! 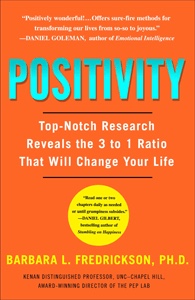 I have a great admiration for the work of Barbara Frederickson on how positive emotions expand consciousness and lead to human flourishing. In Unity, we refer to flourishing as prosperity.

Frederickson believes that a positive emotion can be thought of as "switch" that turns on an internal capacity we have to flourish. She has identified ten of them and she encourages those who wish to flourish to nurture positive emotions in our moment-to-moment thinking. They are joy, gratitude, serenity, interest, hope, pride, amusement, inspiration, awe and love.

She also teaches that the "internal capacity we have to flourish" is a "broadened" consciousness upon which we can "build" a better, more flourishing life. In Unity talk, that means an affirmation or denial temporarily expands consciousness so that divine ideas may flow. Anger and fear constrict our reception of divine guidance and ideas.

Her research is pure quantitative academic study. She surveys people who nurture the positive emotions and then studies their level of happiness and how they flourish in life. She even has a website where you can record how your day went and track how it goes with how you are flourishing. 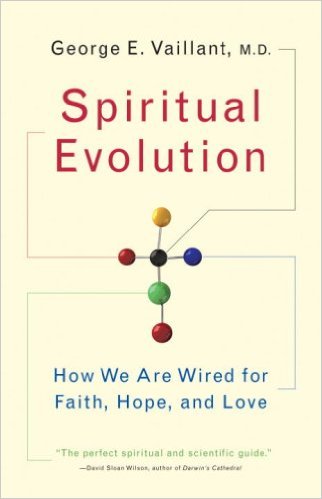 George Vaillant has made the same discovery. But Valliant makes a stronger association of the positive emotions to religion and spirituality. An abstract of a paper he submitted in 2008 says

Eight positive emotions: awe, love (attachment), trust (faith), compassion, gratitude, forgiveness, joy and hope constitute what we mean by spirituality. These emotions have been grossly ignored by psychiatry... Specific religions, for all their limitations, are often the portal through which positive emotions are brought into conscious attention. Neither Freud nor psychiatric textbooks ever mention emotions like joy and gratitude. Hymns and psalms give these emotions pride of place. Our whole concept of psychotherapy might change if clinicians set about enhancing positive emotions rather than focusing only on negative emotions. George E. Valliant, Positive emotions, spirituality and the practice of psychiatry, NIH National Library of Medicine.

Be sure to watch the George Vaillant video in the playlist below. Back in the 1990s, I read his book Wisdom of the Ego, and it changed my view of human nature. Spiritual Evolution has changed my view of spirituality and religion. So I've been doubly blessed. I often go to his books for insight and guidance.

I believe that what Frederickson and Vaillant have discovered is a key to understanding Unity's teachings on the twelve powers. Is there a one-to-one correlation of a positive emotion to a power? Can that positive emotion be used as a "switch" to activate the power? And can an affirmation, denial or simply a leading question nurture the internal feeling of a positive emotion?

If so, here is the preliminary mapping of the emotions that might turn on the twelve powers.

* Is it any wonder that hope, love, peace and joy are the four themes of Advent?

Here are two talks about this subject: a short clip from George Vaillant and a talk I gave back in 2011.

Mark Hicks — Credo of a Metaphysical Christian
Bible Study In Your Pocket
Postcards
Essentialism: How We Stereotype People
Solipsism: Our Private World of Self
Mark Hicks: interpretation of Statement of Faith
Why I Am a Metaphysical Christian (Mark Hicks)
Overview of Christian Scriptures
Disrupting Unity Workshop
Unity and Christianity — How do we talk about it?
History of New Thought and Unity (Home)
Unity and Christianity 2017 - Mark Hicks
The Human Side of Unity
Unity and Bread For The World
Development of the Unity Movement
Background of New Thought
Unity Georgetown Fairwell Talk
Mark Hicks
Ministry in the Digital Age
Ten Affirmations for Healthy Congregations
Twelve Positive Emotions that turn on the Twelve Powers
Mark Hicks – Credo
Prosperity and the Twelve Powers
Unity Basics - A Quest For Truth (Slides and Handouts)
Metaphysical Skills
Bible Interpretation: Hebrew Scriptures
The Quest