The race or ethnic background of survey respondents as a whole was overwhelmingly White (87.2 percent), with 4% each in African American, Hispanic and other, as shown in Figure 5. Although Unity appears to mirror the U.S. population, the Albuquerque congregation is less diverse than the total Unity survey. In Albuquerque, 89 percent are White, 2 percent African American, 5 percent Hispanic and 4 percent other. Furthermore, these numbers do not mirror the Albuquerque community, which has a higher percentage of Hispanics. Although Unity appears to appeal mostly to White Americans, this demographic would be expected to fluctuate as church communities reflect racial differences in the local areas. 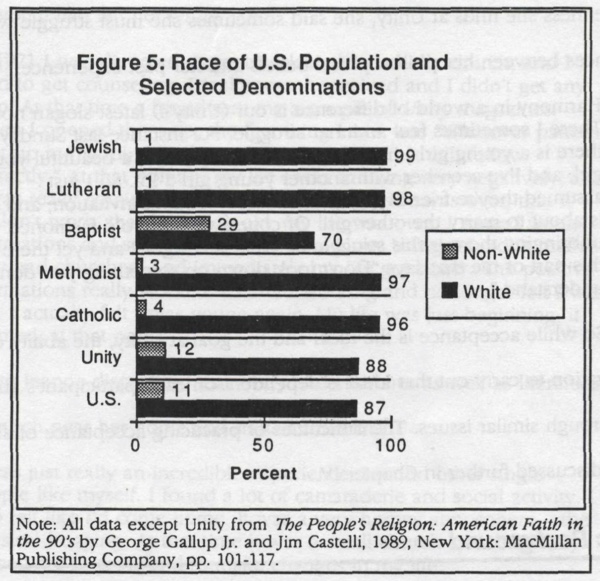