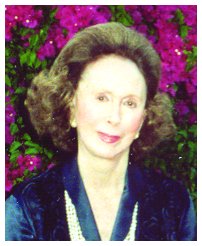 Catherine Ponder was ordained a minister in 1958 (First row, second from the right). Catherine Ponder has written a wonderful memoir, A Prosperity Love Story, Rags to Enrichment: A Memoir, published by DeVorss Publications. I enjoyed her book tremendously.

She recently sent to me a brief resume that highlights the following:

Dr. Ponder has lectured on prosperity in Unity, Religious Science and other New Thought churches from late 1950's until 1996. She has also spoken to many convention groups in the United States, Canada and England.

From 1961 until the present, she has written books for Unity School, and various New York publishers. 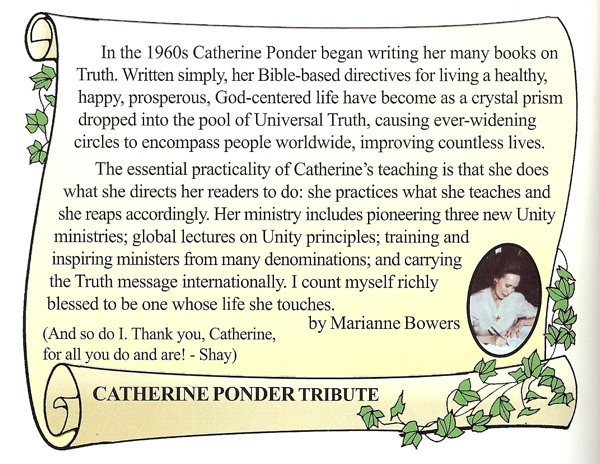 In the 1960s Catherine Ponder began writing her many books on Truth. Written simply, her Bible-based directives for living a healthy, happy, prosperous, God-centered life have become as a crystal prism dropped into the pool of Universal Truth, causing ever-widening circles to encompass people worldwide, improving countless lives. The essential practicality of Catherine's teaching is that she does what she directs her readers to do: she practices what she teaches and she reaps accordingly. Her ministry includes pioneering three new Unity ministries; global lectures on Unity principles; training and inspiring ministers from many denominations; and carrying the Truth message internationally. I count myself richly blessed to be one whose life she touches.

by Marianne Bowers (And so do I. Thank you, Catherine, for all you do and are! - Shay)

I agree with the writer of the Book of Proverbs 3:3-4

If you have been inspired by the work and life of Catherine Ponder, then why not consider making an offering to her ministry, Unity Church Worldwide? Please contact: