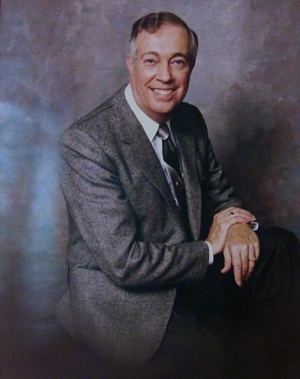 Last month (April 2015) I flew to Chicago to spend a weekend with Richard Billings, who is the most respected and best-loved Unity minister I know living today. What I brought back from Chicago is four hours and eleven minutes of video from that weekend where Richard shares his life story, shares his wisdom about how to live a successful life (and several lives), shares his recollections of over forty of Unity's best-known leaders, shares touching stories about being a gay man growing-up and serving as a Unity minister, and shares his assessment of where Unity as a movement finds itself today.

That said, here is is what we must know about Richard Billings:

Richard is a person of class and elegance. His first career was as a fashion designer. His first mentor was Georgiana Tree West, who's venue for Unity in New York was the Waldorf Astoria. His church of nearly fifty years is Unity of Oak Park, located in the Frank Lloyd Wright historic district and arguably the most elegant Unity building we have today.

He is, most importantly, a man of love. I don't know of anyone who gives as freely as Richard Billings. His capacity to love has emerged from several previous lives in service to others and from his experience as a gay man in a homophobic culture. It also emerged from a spiritual movement that eventually affirmed and embraced him and who taught him collegiality, dependability and trust. That Eric Butterworth called upon Richard in a time of great need is no wonder. He is our role model for moving Unity forward.

Watch these videos. Write to Richard and thank him for continuing to bless Unity. May we gather at Unity of Oak Park in 2016 to celebrate with Richard his fifty-year ministry there. (Richard passed on February 18, 2019). And may we continue to learn from him class, understanding, wisdom and love.

February 2019 Update: Richard continued to call me nearly every month after this 2015 interview. There never was a 2016 fifty-year celebration of Richard’s ministry. I was puzzled by the resistance of Oak Park leadership to host the anticipated celebration. Oak Park leadership repeatedly told me “Richard is not in good health” but the calls from Richard indicated that Richard was full of life and that his deepest desire was to connect with people. He was a Bon Vivant.

In early 2018 Richard began to share some stories of him being removed from the church. I do not know the circumstances for his removal, but I do know from personal conversations with Richard that he was extremely hurt and upset and that he considered this the most tragic event of his ministry. It's fair to say that he never recovered from it. Unity Park leadership quietly says “it was complicated.” Regardless of the circumstances, Richard Billings’ life story and the story of his ministry would not be complete without sharing this all-too-common outcome.

Richard was born on a farm near Wyandot Ohio in 1924, did grade school in a one room school house, high school in Bucyrus, and was drafted out of Ohio State in Columbus. Richard did three years in the Pacific. His troop ship was torpedoed going over, and he was involved in many horrible results of war.

He was discharged in January of 1946 and finished his degree in fine arts and education while working as a waiter. He went to work in the fashion industry and became a high fashion designer with a shop on Oak Street a half block from the Drake. He sold the shop and went to Unity Village Missouri to train at Unity School of Christianity for the ministry becoming an Ordained Unity Minister. He served a short stint in Santa Monica, two plus years at the big temple in Detroit, two years in Lansing, and ended up in Oak Park in the summer of 1967.

Thirty five people, all older than himself, had bought the impractical fixer upper at a controversial time in the history of Oak Park. By 1972 the building was paid for, improved, and drew a regular attendance of between 400 and 500 hundred with a mailing list of 1800. Unity of Oak Park was a healing ministry using metaphysical Bible, Bible courses, and attracting mostly those who wanted to work on themselves to improve their understanding of life.

Richard took congregants on regular trips covering at least seventy countries with the intent of expanding consciousness in some who would never travel on their own. He is responsible for the existence of four other Unity Centers in the area. He did at least fifty liaison interventions all over the US for headquarters putting troubled centers back on course. He taught at Unity School, guest spoke for a many Centers, notably at Johnnie Colemon’s Center on the Southside with whom he was good friends and three times in Avery Fisher Hall at Lincoln Center for a crowd of over two thousand, once with Maya Angelou.

Do to health problems the last several years, Richard only came in on Fridays and Saturdays doing counseling, rarely seen, but bringing in revenue of between fifty and sixty thousand using truth principles to help the Center. On September 1, 2017 those in power and the Board decided to take the Center on a different direction and ordered him out. We close with a quote from Richard’s book, My Soul Remembers. “For some of us, the search goes on half-heartedly; for others, it is a serious business. We all have our moments.” We bless him on his continuing journey.

This obituary was provided by by John Lafruit, LUT, Richard's longtime companion and partner. Thank you, John, for caring for Richard in his final years with us.


These video clips will automatically play in low definition quality and in the sidebar. You may choose to play the video full-screen by clicking on the full-screen icon in the playbar, located just below the video.

You may also toggle on and off the high definition quality by clicking on the HD icon, also located in the playbar. Hover your mouse over the video and the playbar will display. But know that you'll need a fast Internet connection to play in high definition without getting a choppy stream.