The Hidden Man of the Bible

An Unpublished Manuscript by Charles Fillmore

Unity Archives has referred to unpublished Charles Fillmore material in it's catalog: (p.16):

The Book Manuscript File includes manuscript and editorial copy for books written by Charles S. Fillmore or books published posthumously using compilations of his writings. Items separated from the Reference File and Training School File constitute a portion of this subseries. Also noteworthy are collected manuscripts for books that were at one time under consideration for printing, but have not been published to date. These include: The Hidden Man of the Bible and The Story of Jesus' Soul Evolution.

The Hidden Man of the Bible was given as a workshop in 1934 and then a series of talks in 1935. Here is an advertisement for one of the 1935 talks.

Dr. Blaine Mays talks about The Hidden Man of the Bible 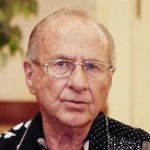 Manuscripts, transcripts and edited lessons are in the Unity Archives collection 3026, (Papers of Charles S. Fillmore), Box 71, Folders 3026 through 3037. PDF copies of all documents in these folders is given below. So that a student can reference the original document, the file names of the PDF for these documents begins with 3026-71-foldernumber.