Ed Rabel "Nothing But Good" 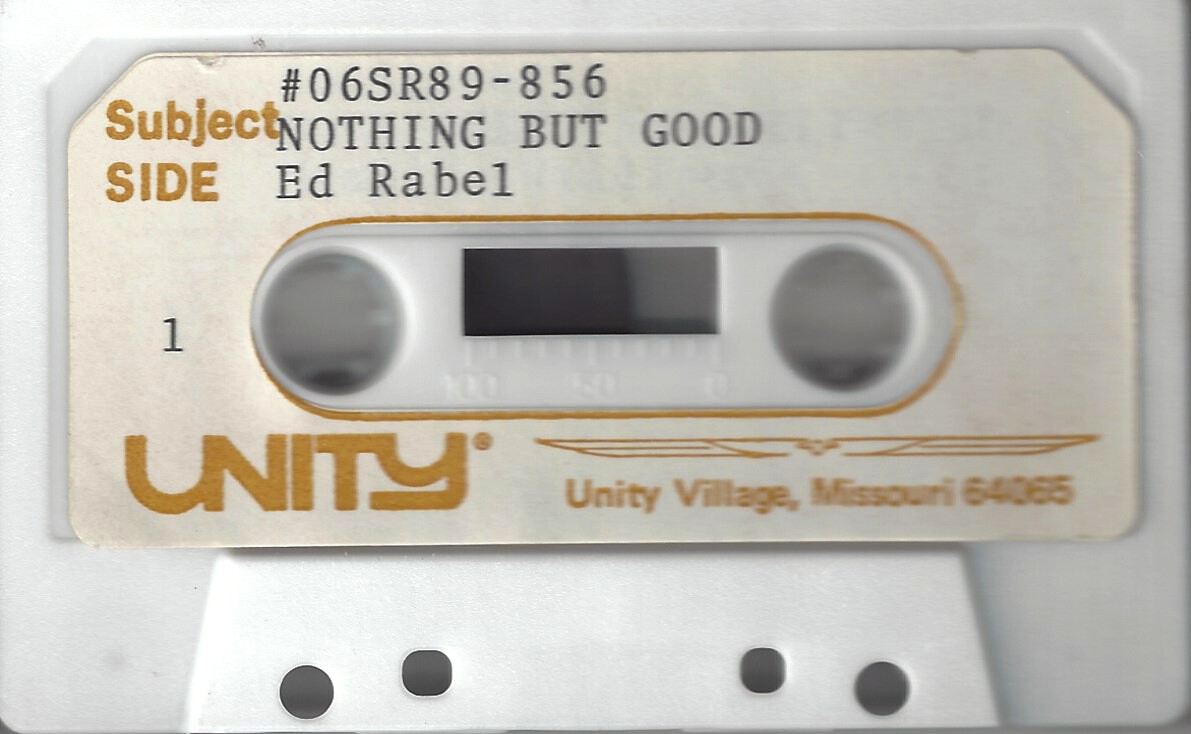 This is an audio recording of Ed Rabel speaking about "Nothing But Good". His talk is about one hour long. Mike Sheets sent me the tape and he shared with me the following.

Glad you posted this talk by Ed Rabel. I was there when it was recorded; 1989 at a retreat during the centennial year of Unity. The intro was made by a lady named Catherine Bishop who was a member of the retreat staff along with Rev. Bill Fisher and Debbie Tyson. She was the music provider (sang, played the piano and coordinated the talent show). Apparently she had worked with Ed when he was in Silent Unity. It was delivered in the Activities Center. The retreat was attended by over 300 people, as I recall, and had a large number of attendees from Unity of Detroit. David Williamson was there.

I have listened to this tape repeatedly over the years. Every word is solid gold for me. Glad you are able to share it with the world.

The first two and half minutes are an introduction to Ed Rabel by a "friend of 39 years." We learn something of Ed's daily life (walks each day to Unity Village from Lees Summit) and a bit about his nature (remembers to ask about people). We learn that Ed is held in great affection among many at Unity.

The bulk of the audio is Ed's message. It is based on chapter six of Dana Gatlin's book God Is The Answer. Ed quotes Romans 8:28 "And we know that all things work together for good to them that love God." His talk dives deeply into the points made by Dana Gatlin in the chapter of her book.