Salvation and the Work of Christ 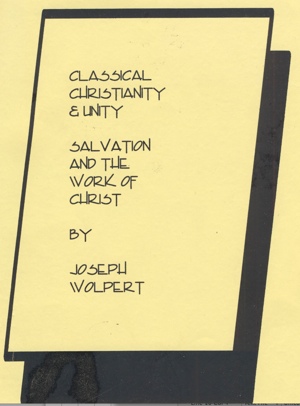 If we in Unity have any interest in attracting the 75% of Americans who identify themselves as Christian then we need to speak their language. When we're asked about Unity's teachings about the incarnation and the atonement, it is no longer acceptable to give trite answers. We need a solid explanation of metaphysical Christianity that is comprehended by those trained in orthodox language. In my opinion, Joseph Wolpert has done a wonderful job of explaining Unity's teachings in a language that is understandable to most people today.

We're aware of the rapid growth of those who say they have no religion. What we know is that about two-thirds of them are not irreligious, but just unchurched.[1] And they are unchurched because they hold religious beliefs that are not compatible with the orthodox faiths. May Google and Bing bring them here. May the spiritual seekers of the world find here, at last, an honest assessment of a religious movement that tries to show a better way.