Behind the Golden Pyramid 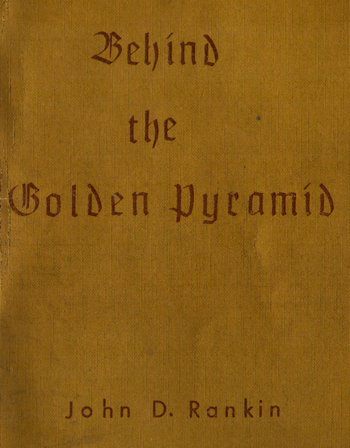 This book has a Dan Brown quality to it: what is going on isn't obvious to the senses; there are spiritual forces at work. Spiritual forces are what lay "Behind the Golden Pyramid" at the Unity church in Houston, Texas. They are Divine Ideas, forces that flow from the Spirit-inspired soul of Dr. John Rankin, who was the minister there when "the pyramid" was conceived and built.

This is the story of what thousands of people who walk into the Golden Pyramid subconsciously experience each year: fire, perspective, life, wisdom, energy. It is the story of how space impacts our consciousness. It is a story about how God is active in our life.

These are unguarded writings. I suspect they irritated some people, as did the visions of Ezekiel and St. John. May the irritation continue and may it produce a beautiful pearl of great price.

If you have been inspired by the work of John Rankin, then why not consider making an offering to the Unity Church Universal, where John Rankin has deposited his writings?