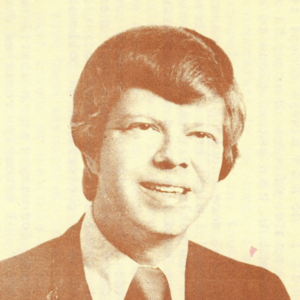 For over eight years, John D. Rankin served as minister and spiritual director of Unity Church of Christianity in Houston, Texas. Under his leadership a multi-million dollar campus was developed. The most notable feature of the campus is the Golden Pyramid Temple which conforms to the mathematical proportions and orientation of the Great Pyramid at Gizeh. During the last months of Dr. Rankin’s ministry there, despite two services held each Sunday in the 600-seat sanctuary, scores of students could find places to sit only on the floor and many more were turned away at the doors.

He is the author of several books, including What Unity Teaches and Mystic Keys of Hermes. He also recorded a cassette tape series released by Unity School of Christianity in 1977, The Mysticism of Emma Curtis Hopkins.

John Rankin has been a popular speaker at several International New Thought Congresses and has conducted numerous successful seminars in healing and spiritual unfoldment in various cities in the United States and Great Britain.

From the Afterward: The Blessing Book, John Rankin, published by UCU Press.

The following are two snippets from a book by Judy Kennedy, Beyond the Rainbow: Renewing the Cosmic Connection:

“I think the best metaphor for the ego is one I heard many years ago attending a course in transmutation taught by the illustrious Dr. John D. Rankin at Unity Church of Christianity in Houston, Texas. Our textbook was Self-Mastery by the psychologist, David Seabury. Dr. Seabury likened the ego to a secretary. Anyone who’s ever had the privilege of working with a secretary knows there are good ones and bad ones. Again, it’s not really accurate to label the secretary good or bad, it’s the training. And who is responsible for supervising the secretary? The boss. The secretary can only work within the limitations prescribed by the boss, and that requires acute observation and communication skills. So in a sense, the ego as secretary is the same as ego as computer - garbage in, garbage out. It’s not the computer’s fault. It’s not the secretary’s fault. Secretaries who overstep their boundaries usually get fired. Our egos are the same. But unfortunately, you can’t fire your ego. Instead, you must forge a workable truce -- maybe do some reprogramming. The goal is to become a proficient team -- a productive partnership, because it’s true -- the two must work together. Their roles are meaningless otherwise. Most power is defined by relationship, not inherent position. Training the ego to rightly relate is what practical magic or any form of engaged spirituality is all about. That means getting down to the business of integration.” p.34

“The technique of transmutation is one of the greatest gifts I ever received from a well-regarded spiritual mentor. Dr. John D. Rankin was the minister of the Golden Pyramid, Unity Church of Christianity in Houston, Texas, during the mid-1970s. He had a lively teaching style that incorporated much humor so his talks were as entertaining as they were instructive. Yet where he really excelled was in a superior command of the intricate nuances of language and the English vocabulary in particular. For off the cuff spontaneous verbal transmission - he could not be beat. He was truly phenomenal in that regard. Dr. Rankin gave a five-week course on transmutation during the summer of 1976. He not only acknowledged the need for dispelling the myths and confusion about transmutation prevalent in metaphysical circles, but also stressed the urgent need for this instruction, given the present state of human affairs. He added that these teachings had never before been given out to the public at large. Therefore, the pyramid was packed during this course. On the evening he spoke on the topic of sex and the role of transmutation regarding those particular energies, there was standing room only. To this day, I’ve never seen these teachings offered so comprehensively. The closest thing to it is the Eastern practice of tonglen. Many teachers talk about transmutation, but few actually give out specific techniques, let alone discuss the effects that result from the practice.”

I wanted to let the community know that my dad passed away early Sunday morning, September 27, 2015.