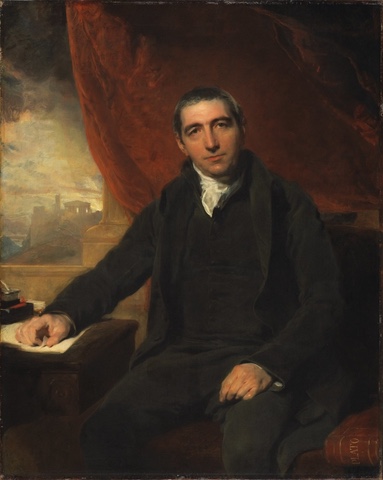 Wikipedia says of Thomas Taylor “Thomas Taylor (15 May 1758 – 1 November 1835) was an English translator and Neoplatonist, the first to translate into English the complete works of Aristotle and of Plato, as well as the Orphic fragments.”

It was Taylor’s translation of the works of Plato that were read by Ralph Waldo Emerson and other spiritual writers in America. This is important for several reasons, as explained by Emerson scholar Richard Geldard in “Emerson and His Company” in The Spiritual Writings of Ralph Waldo Emerson.

First, in Plato and later Platonic writers, Emerson found his teacher, someone who could guide Emerson’s spiritual understanding. Geldard writes, “It was through Taylor’s work that Emerson, beginning with his first serious reading in 1826, was to find his intellectual ground, his place to stand.”

Second, Geldard points out that “It was the Taylor influence during the period 1826 to 1848 that shaped Emerson’s vision more than any other, certainly in its outlines if not its particulars. It was not, in fact, the work of Kant or Goethe at all that gave New England Transcendentalism its particular esoteric cast.“ (emphasis added). By recognizing the influence of Taylor, instead of the commonly accepted influence of Kant and Hegel, we can see how New Thought has taken on an esoteric character.

Third, the esoteric character of New Thought may be construed to be the result of Taylor’s “embellishments from the original Greek.” Geldard writes that Taylor’s translation “was moved to excesses to direct his readers to the spiriutal point. Such was Taylor’s passion. The accompanying notes were also written with evident enthusiasm for the Platonic message as Taylor saw it.”

Geldard’s assessment is that “Taylor is Emerson’s John the Baptist, crying out in the wilderness and providing Emerson with the means to trace the ‘profound and contemplative genius’ from Athens thorugh Europe into England.” Geldard implies that without the “passionate and excessive” translation and annotations of Thomas Taylor we might not have the passionate and esoteric writings of Ralph Waldo Emerson.

This says a great deal about how novel spiritual writings are often treated by established religious and academic authorities. Geldard writes that “Taylor was of the Emerson stamp: self-styled, self-taught, working independently outside the walls and sanctions of academe.” He further describes how Taylor was marginalized by established scholars,

In its time the Taylor translation attracted virulent criticism from established scholars, and it was the vehemence of the criticsm, particularly from traditional Church of England sources, that isolated Taylor from the intellectual center stage of this day. He became known simply as T. Taylor, the Platonists, a label which meant that he was a devotee and could no the trusted to present Plato “objectively,” whatever that might mean, to the scholars of his day. Because he was was regarded as a disciple, he had lost the right to call himself a scholar. One needs only to read the Taylor entry in the Dictionary of National Biography to taste the flavor of his treatment at the hands of traditional scholarship. Nonetheless, he had his following, and the young American Emerson was an avid reader of his translations, as were many other devotees in America.

It is quite possible that Coleridge is influenced by Cudworth in this respect. Like Cudworth, Coleridge integrates his (Neo)Platonism into his Christian theology and is given to occasional polemics about the ‘pagan’ Platonists and their eighteenth-century follower, Thomas Taylor the Pagan. Referring to Thomas Taylor’s 1816 edition of Proclus’ Elements of Theology and Platonic Theology, Coleridge rather disdainfully observes that it is so translated ‘that difficult Greek is translated into incomprehensible English’. (p.318)

The marginalization of novel but popular spiritual movements is not new. Such is the burden of New Thought and it’s antecedents, such as Emerson himself. Consider that the above referenced collection of Christian Platonism, published by Cambridge University Press in 2021 has no mention of Emerson. It may be said that American Transcendentalism is the most influential Neoplatonic movement in today’s world, but for some unknown reason, it and it’s principal voice, Ralph Waldo Emerson, is not mentioned in this otherwise excellent book.