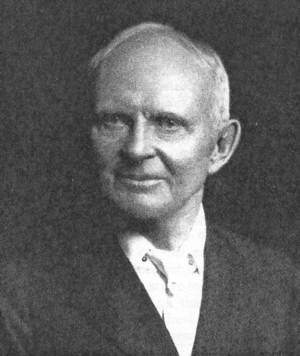 "When we think about the love of God drawing to us the substance necessary for support and supply, that substance begins to accumulate all around us, and as we abide in the consciousness of it, it begins to manifest itself in all our affairs."

It is perfectly logical to assume that a wise and competent Creator would provide for the needs of His creatures in their various stages of growth. The supply would be given as required and as the necessary effort for its appropriation was made by the creature. Temporal needs would be met by temporal things, mental needs by things of like character, and spiritual needs by spiritual elements. For simplification of distribution all would be composed of one primal spiritual substance, which under proper direction could be transformed into all products at the will of the operator. This is a crude yet true illustration of the underlying principles on which the human family is supplied on this earth. The Father has provided a universal seed substance that responds with magical power to the active mind of man. Faith in the increasing capacity of this seed substance, whether wrapped in visible husks or latent in invisible electrical units, always rewards man with the fruits of his labor.

The farmer may seem to get his supply from the seeds he plants, but he would never plant a seed unless he had faith in its innate capacity to increase, and that seed would never multiply without the quickening life of Spirit. Thus we see that all increase of substance depends on the quickening life of Spirit, and this fact gives us the key to mental processes that when used spiritually will greatly increase and at the same time simplify our appropriation

of that inexhaustible substance which creative Mind has so generously provided.

The Trinity permeates all things—the creative process itself and all things created by this process. This includes man and all his creations (manifestations). The benefits of acknowledging and making effort to understand the Trinity may not be apparent in the initial stages, but later on they will be experienced, perhaps in ways that cannot even be imagined now. The Trinity is basic to our existence. To understand it is to add new power to consciousness which will some day prove of utmost usefulness.

In the following lessons we have attempted to explain man's lawful appropriation of the supplies spiritually and electrically provided by God. When we understand and adjust our mind to the realm or kingdom where these rich ideas and their electrical thought forms exist we shall experience in our temporal affairs what is called "prosperity." We said "their electrical thought forms." Let us explain that all creative processes involve a realm of ideas and a realm of patterns or expressions of those ideas. The patterns arrest or "bottle up" the free electric units that sustain the visible thing. Thus creation is in its processes a trinity, and back of the visible universe are both the original creative idea and the cosmic rays that crystallize into earthly things. When we understand this trinity in its various activities we shall be able to reconcile the discoveries of modern science with the fundamentals of religion.

Modern science teaches us that space is heavily charged with energies that would transform the earth if they could be controlled. Sir Oliver Lodge says that a single cubic inch of the ether contains energy enough to run a forty-horse-power engine forty million years. The divergence of opinion among physicists as to the reality of the ether does not nullify the existence in space of tremendous potentialities. Sir Arthur Eddington says that about half the leading physicists assert that the ether exists and the other half deny its existence, but, in his words,

"both parties mean exactly the same thing, and are divided only by words."

Spiritual understanding says that the ether exists as an emanation of mind and should not be confused in its limitations with matter. Mathematical measurements applied to the ether work it out of existence because its reality is in the Mind that conceived it and its being is governed and sustained by ideas, and ideas have no physical dimensions. So the ether will have existence and deposit matter only so long as Mind has use for it. When infinite Mind has completed the cycles of creation, both the invisible and the visible universes will be rolled up as a scroll and disappear and only Mind remain. "And all the host of heaven shall be dissolved, and the heavens shall be rolled together as a scroll; and all their host shall fade away."

It adds greatly to the stability of a Christian's faith to know that Jesus anticipated the discoveries of modern science... Jesus taught that we can incorporate life-giving rays into our mind, body, and affairs through faith

It adds greatly to the stability of a Christian's faith to know that Jesus anticipated the discoveries of modern science of the existence of that kingdom called "the ether." He named it the kingdom of the heavens, and His illustrations of its possibilities are unsurpassed. He did not say it was a place the good would inherit after death but an estate we could have here and now. "It is your Father's good pleasure to give you the kingdom."

Jesus taught that we can incorporate life-giving rays into our mind, body, and affairs through faith. Where physicists merely describe the mechanical presence of life as energy, Jesus taught man how by the exercise of his mind he can make that life obey

him. Instead of a universe of blind mechanical forces Jesus showed the universe to be persuaded and directed by intelligence.

What we need to realize above all else is that God has provided for the most minute needs of our daily life and that if we lack anything it is because we have not used our mind in making the right contact with the supermind and the cosmic ray that automatically flows from it.