Bylaws, Branding and the Bifurcation of Unity Part 2

This is the 2nd of three posts about how to achieve greater “unity in Unity.” We hear a great deal about the need for more “Oneness” in Unity; but we don’t hear nearly as much about how to see things from the other person’s point of view nor do we hear hear much about how to accommodate differences.

Causes of disunity in Unity

My sense is that there are many causes of differences in Unity, but that they can be grouped and ranked in severity:

Bureaucratic bullshit. Last week I addressed bureaucratic bullshit: what to do when those in whom we have entrusted power act in petty ways. The solution, in my view, is “institutional pluralism.” We always have the choice to walk away, and we will.

Pathways to Teachings on Truth. Next week I will address what I see as the greater threat: the slow bifurcation of Unity’s pathways to teaching truth. That is a much slower process and it is not unlike the slow bifurcation of Christianity out of Judaism in the first century. We most likely are not able to manage or prevent what is a natural progression of Spirit. But we can manage our experience of the process without rancor.

As I said, cultural affinities are powerful. Cultural divides run deep. They split marriages, they split families, they split communities and countries. And they most clearly split denominations.

What is unique about cultural divides is not just that they are a threat, but that they are also an opportunity, especially for Unity. I believe that religious movements and denominations that can overcome their cultural differences will be able to serve in unique ways.

So I write and speak about them as much as possible, as I did at the UWM Conference this summer and two days ago at the 2019 Fillmore Festival (handout, transcript and audio are coming). 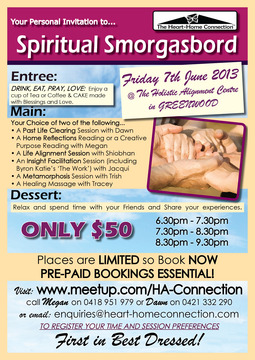 Unity, to its credit, has open doors to just about everyone. We are, as I heard from a well-respected Unity leader at last night’s 2019 Fillmore Festival Banquet, an “Inclusive Christianity.” That those who come in our doors feel accepted as they are, without judgment, is truly a greatness of our tradition, directly inherited from the consciousness of love taught by Myrtle and Charles Fillmore.

The challenge is that newcomers who come for acceptance do not necessarily come for the Fillmore teachings. They may subsequently learn and accept the teachings, but many will not, and, more important, many will bring in their own spiritual pathways and expect their pathways to be accepted without judgment as well.

This phenomenon can be attributed to the success of the “large funnel” of Unity branding. I do not disagree that the branding has been successful, but it has led to what I call “Universalist Unity”, a demographic of “spiritual but not religious” seekers who have little or no commitment to the Fillmore teachings, nor to the institutions they founded.

The leadership of these congregations feel that, in order to serve and keep them in the church, they must offer a a “spiritual smorgasbord” of workshops, classes and programs. The variety of offerings is sometimes so diverse that congregants are not only incapable of figuring out what it is that they need but they are often unable to determine what the church is all about. This is a spiritual problem for the congregant and an organizational problem for the minister and the church.

Being on “the losing side of history”

Where does this leave those who are in Unity for the learning and applying the Fillmore teachings? It leaves them in a minority, or, as Paul Ray has said “being on the losing side of history.” And it causes all sorts of problems for them. They will often refer to “diluted” teachings and complain that Unity no longer teaches what they believe.

They have reason to be discouraged. The branding program has worked against them and the way we teach metaphysics disparages their traditions.

This is a problem of cultural affinity. Generally, they are traditional in their worldview and their perception of truth is revealed, largely by intuition, scripture and Christian teaching.

They are turned off and no longer feel at home when they hear someone using the term “Unity” when talking about the broader spiritual smorgasbord of endless pathways taught by an endless stream of short-lived, traveling speakers. It is, to use today’s language, insensitive and politically incorrect to refer to “Unity teachings” when one means “the spiritual smorgasbord.”

Even more insensitive is picking out breadcrumbs of Fillmore text or inconsistent language from thousands of pages of Fillmore writings and then take them to make new conclusions about the Fillmore teachings. The Fillmore corpus is full and rich. It has been poured over for 120 years. We have a fairly solid consensus of what Charles and Myrtle (and Cora) taught and we are generally agreed upon what they meant. Critical inquiry is admirable, but that does not convey authority to unilaterally “evolve” the Fillmore teachings.

One small step forward is to develop a vocabulary for describing the situation we are in. And I am proposing the use of two terms: “Universalist Unity” and “Fillmore Unity.”

I have found that people are able to quickly identify themselves as coming from a Universalist Unity or Fillmore Unity perspective and that they are willing to do so in an open and accepting way.

This is a new form of branding—a process of self-branding—one which is informal, freely chosen, organic, filled with spiritual insight and little emotional baggage. Also important, it is a branding that is free from grand plans for growth, that serves no key constituencies and conveys no privileged social status or authority.

The phenomenon of Universalist Unity is a bit like the immigration phenomenon we see in the western world today: a natural movement of people who seek a better way and to be accepted into a welcoming body with a rich heritage.

Fillmore Unity is big enough to keep its doors open, accommodate people with new and varied ways and at the same time able to keep its own sense of truth and identity. Why? Because, as we are rooted unity and oneness, we are also rooted in tolerance and Truth. And Truth transcends culture.

Download PDF of "Bylaws, Branding and the Bifurcation of the Unity Movement Part 2"