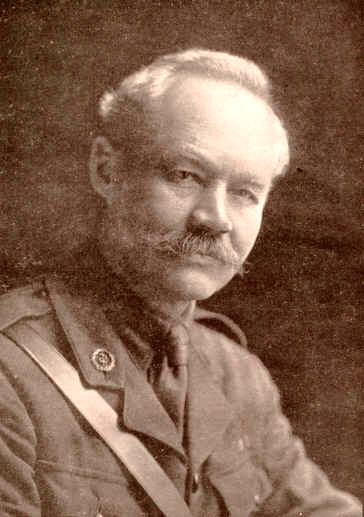 Wilfred T. Grenfell was a medical missionary to Newfoundland. The reason he is being profiled on TruthUnity is because of what he writes in What Christ Means To Me, published in 1927. I found this book while rummaging the Lyrical Ballad Bookstore in Saratoga Springs, New York, a favorite haunt for me.

What Christ Means To Me is common-sense Christianity, similar to what one would read in Henry David Thoreau’s Walden or Glenn Clark’s The Soul’s Sincere Desire. What makes it metaphysical is the focus on Truth and what makes it Christian is the practical application of following Christ. He writes,

The religion of Christ is the simplest and most human course of life as well as the most divine. Life is not the horrible tragedy of being bound to a wheel from which escape into a Nirvana of forgetfulness is the loftiest hope. Life is a victory to be won by the will even against a timid intellect. Life is always everywhere a real, tough, courageous fight, with daily opportunities to which are added all the fun of achievement and all the glories of the conqueror. (p. 58)

You can read about his life and work on Wikipedia and on the website of The International Grenfell Association. He was, as the IGA profile says, a “muscular Christian” who “possessed a profound Christian faith and believed that a vital part of his mission was to spread the Word of God and attend to the spiritual needs of those living on the coast.”

Much of our success in life can be attributed to who we hang out with. To read the biographies of Wilfred Grenfell and to read his testimony in What Christ Means to Me is an opportunity to hangout with a great metaphysical Christian. Spend some time with him and let his spirit raise you to a life of accomplishment.

Wilfred T. Grenfell
What Christ Means to Me (available February 2022)