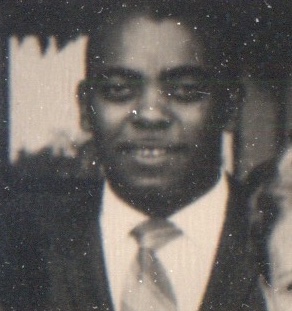 Rev. Tom Vivens was a Unity minister who was ordained in 1970. He served served several churches and ministered in several capacities. The following information was assembled from “Historical Milestones of Unity Church,” a history of the Unity Church of Truth in Houston and also from communication I have received from others who knew him.

In March 1973 he founded the Unity Center of Truth in Houston, Texas. The church’s initial meeting was kicked-off with a worship service held at the Rice Hotel. Services of Worship were initially held for two Sunday afternoons at the Wheeler Avenue Baptist Church by the Study Group. However, soon after, successful negotiations for more satisfactory rental arrangements were made with the South Central YMCA on Wheeler Avenue for a more permanent Sunday morning worship hour. This arrangement continued for two years, with the Administrative Offices for the ministry located at 1620 Blodgett Avenue.

In 1975 the church relocated to the Palm Center Shopping Center for meeting the need for expanding meeting facilities. This was old storefront property that required renovation. At that time the church also changed its name to TRUTH CENTER FOR BETTER LIVING and affiliated with the Universal Foundation for Better Living under the leadership of the Reverend Johnnie Coleman of Chicago, Illinois.

The reason for this change in location and affiliation is not clear, but I have heard privately that when Rev Viviens was in ministerial school there had been some racial tensions that led to threats to him personally threats to his family and his children if he continued studying for the ministry. The same source shared that Rev Vivens’s passion was to bring the unity message to the Black Culture and that one of the greatest experiences of his entire life was to be an ordained Unity minister.

This may indicate why he was dear friends with Rev Johnnie colemon and Christina Knox of Chicago, who spoke there at the church many times and why the church affiliated with the Universal Foundation for Better Living.

In 1978 the church purchased and moved onto the Property located at 6403 St. Augustine at Cosby Street. This property, originally a neighborhood grocery store was converted into a self-contained House of worship. The chuch remains there today.

In the Spring of 1983 Rev Vivens resigned as the Spiritual leader to become the first New Thought Chaplain in the Texas Bureau of Prisons Systems and the following June 20, 1983, the Board of Directors filed an Amendment to the Articles of Incorporation to change the name back to the UNITY CENTER OF TRUTH.