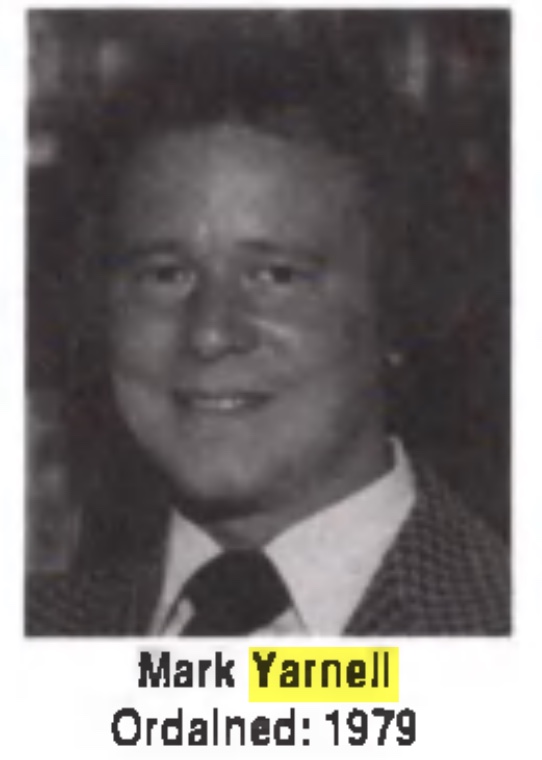 Mark B. Yarnell was ordained a Unity minister in 1979. According to Contact magazine Mark was from Springfield, Missouri and he would go on to serve as co-minister in Knoxville, Tennessee with his wife, Edwene. While a minister-in-training, he served as chaplain for two major hospitals and worked with a fellow student as coordinator for “Helpline,” the counseling center at Unity School. He had also become a published author and accomplished musician who wrote and recorded background music for Unity’s nationwide radio and television program, “The Word.” Mark also wrote two articles for Unity magazine, also published in 1979:

Mark eventually became very well-known outside of ministry as an accomplished author, orator, and international business leader. He made is transition in March 2015. His obituary says we was "Best-selling author, most notably of Your First Year in Network Marketing, beloved husband, father, grandfather, brother, and friend of the world. "

His greatest contribution to Unity, in my estimate, is a series of talks entitled Unpublished Fillmore. Toward the end of his second talk, Mark Yarnell says:

Now, I must confess to you, that when I was in school... And this is okay, this is... No, I love the Unity Village. And I love ministerial school. And I feel like I learned a great deal. But while I was in school, I noticed something. I was spending my mornings in many cases, hearing something. And then, I was going upstairs into the archive room, and I was reading Fillmore, and getting something entirely different. And so for me, Unity is a blend of a lot of different things. But the most important part of Unity to me is, what Charles Fillmore and what Myrtle Fillmore believed and taught.

My heart sang when I heard Mark Yarnell state those words. Not only have I had the same experience as Mark when I was studying to become a licensed teacher, I have used the same words, time and again, to describe my experience when I people ask me how TruthUnity got started. The only difference is what I found in the Archives were recordings of teachers—Rowland, Tait, Giudici, Rabel, Butterworth—who seemed to describe a different Unity. Mark Yarnell found his answers in the unpublished writings of Charles Fillmore, primarily his Sunday talks.

What Mark found is now available to you as Unpublished Fillmore, audio recordings of four talks, along with their transcripts.

There is a Latin term which has been used throughout Christian history, Ad fontes. It means “back to the sources” and Ad fontes is the rally cry used by church reformers every time the Christian church has lost its way. The humanists called for a return to the classical western philosophy (reminiscent of modern day metaphysicians). The reformers called for a return to Biblical teachings.

Today there is a small, little known circle of Unity reformers, inspired by people such as Mark Yarnell, calling for a return to the Fillmore teachings. Their sources are in the Unity Archives.