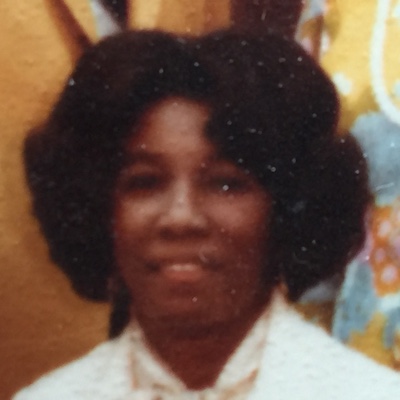 Louise Peak is an African-American Unity minister who was ordained in 1974. This page is a placeholder for a future profile.

One of her children contacted me in May 2021 and we had a wonderful phone conversation. Here is a short profile I am able to provide from that phone call:

Louise Peak was studying to become a Baptist minister, working with an evangelist named Ross. Sometime in the early 1970s she was introduced to Unity by Rev. Ruth Mosley. Louise, being a “thinking” type person, recognized the value of opportunity and potentiality in the Unity teachings.

She moved to Missouri with two of her children and began studies in 1972, graduating in 1974. Ed Rabel was a favorite teacher. While there, she met Rev. Ike on the Unity grounds, along with Della Reese and “Chester” from the TV show Gunsmoke.

After graduation Louise had to pioneer her own church because generally African Americans were not able to get assignments at established churches. So she founded the Unity Light of Truth church, located at 469 Ledyard (located next to the Michigan Chronicle newspaper) and continued in ministry until 1996. She made her transition in 1997.

Some of her favorite guest speakers were Sheila Cook, Maurice Williams and (Sallye?) Taylor. She was a dynamic Bible teacher, gifted with an ability to convey how passages in Scripture apply in practical ways to one’s life.

Her church shared facilities with a group of Coptic Christians and people from many world faiths attended. The land was later procured by the Michigan Chronicle newspaper, but Louise was able through her metaphysical skills to always obtain sufficient resources for her ministry.

Louise’s son shared with me a ‘debate’ he had with his mother about the unfair way Blacks had been treated. He said his mother told him, “Suppose I agree with everything you have said, then how will that help our people? How can we lift each other up in consciousness?” and she continued with several such questions, each beginning “How?”

What I learned from our delightful conversation answered a few questions. The genius of Rev. Louise Peak was her recognizing the opportunity and potentiality of the Unity teachings for Blacks, regardless of the injustice. The blessing of meeting Rev. Ruth Mosley was obtaining support and encouragement to become a Unity minister. And the gift Rev. Peak gave back was always asking “How will what I do help our people?” Such is the story of an African American minister in Unity.

I hope to one day meet with her other children and to be able to share with you some photographs and other memorabilia from her life and 25-year ministry.

I invite anyone else who is related to Rev. Louise Peak or who has any information about her to post a comment to this page or to contact me at mark@truthunity.net.