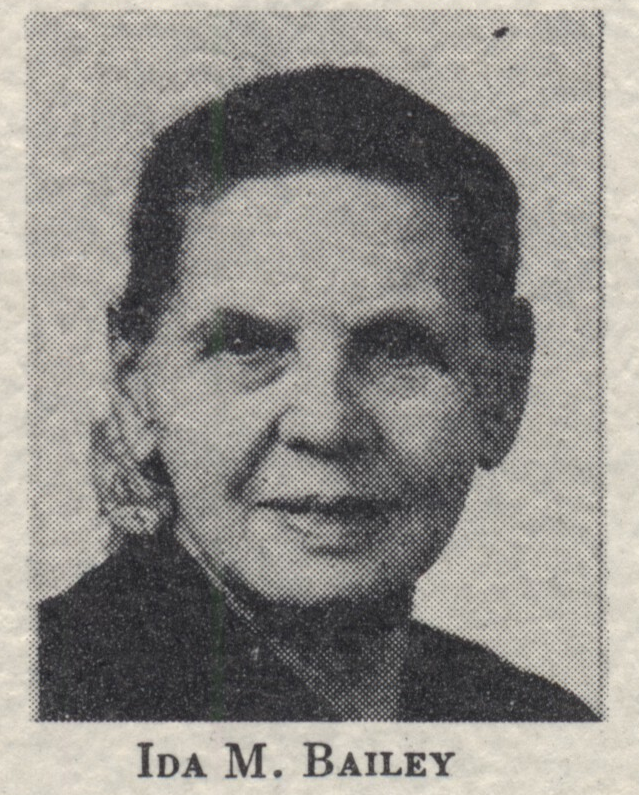 Ida Bailey was ordained a minister in 1934. The following information is from the Unity of Grand Rapids website.

Rev. Ida Bailey was born in Sparta, Michigan on March 1, 1861. She made her transition at the age of 91, on September 8, 1951. Ida’s father, Jacob Long, was a carpenter by trade and fought in the Civil War. He also built the first saw mill in Algoma Township. By the age of ten Ida could recite the New Testament from memory. She was raised in the Episcopalian Church.

Ida married John L. Bailey in Sparta, Michigan on February 8, 1880. At the time of her wedding, she was eighteen years of age. Their marriage lasted 71 years. To give an overview of Rev. Bailey’s lifetime, she was born the year of Abraham Lincoln’s second inaugural. She saw America progress from candles to oil lamps, to electric lights and from ox carts to airplanes. 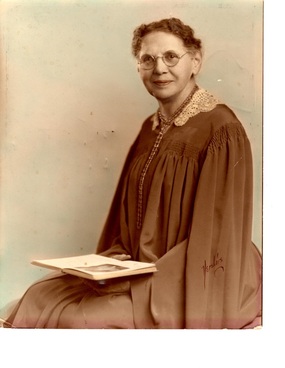 John Bailey was a farmer in his early years. He later was a district manager of a farm machinery firm. He then served as a deputy state fire marshal, and was chairman of the Kent County Democratic Committee. After that John was a Realtor until ill health forced him to retire.

“What attracted me to Unity,” she once said, “was that it had no stipulated creed. I liked the way Unity taught a combination of Christianity and psychology, calling it metaphysics.”

Ida Bailey discovered Unity in 1914 and was active as a teacher and preacher for over 36 years. In the beginning, classes were held in homes and various business offices. In 1934, at the age of 73 years, she graduated from Unity School of Christianity and was ordained as the pastor of Unity Church of Christ in Grand Rapids, Michigan.

Ida Bailey was a past president of Rebekah State Assembly. The Rebekah’s philosophy and purpose was to live peaceably, and to do well unto all. The Daughters of Rebekah followed the golden rule. They were founded on September 20, 1851 and are still active.

She was also involved in the Elocution Society, as past president, which is geared towards people’s interest in developing skills and knowledge relative to speech communication. They covered topics such as public speaking, debate, interpersonal skills, organization, communication skills and rhetoric.

She became a lecturer and speaker with over 300 selections in her repertoire including complete individual presentations of the plays “Servant in the House,” “The Return of Peter Grimm” and “If I Were King.” She appeared before audiences all over the United States.

Rev. Bailey first held Unity services in her home at 3215 Coit Ave NE, Grand Rapids, Michigan 49525. The property is gone now because the building of the expressway took it out.

In February of 1949, Rev. Bailey presided at the dedication of a new church home at Scribner Ave NW and Second St. NW. Bailey said at the dedication; “In the 27 years of our existence, we never had a place to worship that would hold a growing congregation. We have held our meetings in bare rooms, surrounded by bare walls, with not even a picture of Jesus to give us a religious atmosphere. But that has given us strength. Now we feel that although our new home is a gift from God, it is also a reward for our achievements.” 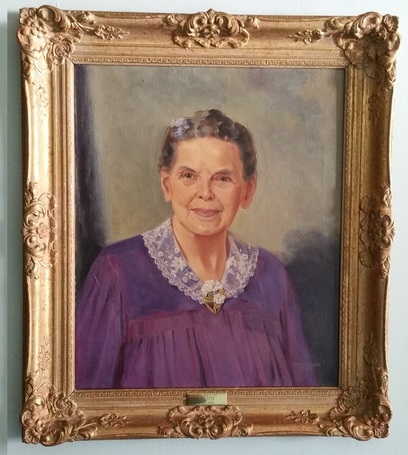 Rev. Bailey never retired from her spiritual services to Unity believers. At ninety years of age, Rev. Ira Bailey was still preaching every Sunday from the pulpit of Unity Church of Christ in Grand Rapids, Michigan. She was also speaking each Sunday over one of the local radio stations. In addition, she conducted classes, rendered a healing ministry and was an active pastor of her flock. On her ninetieth birthday, her congregation surprised her with the announcement that the church building was free of all debt. Rev. Bailey was not only busy on Sunday mornings giving a lesson to the congregation, but during the week, she conducted classes in the evenings, wrote her own sermons and did the work of typing them up.

Rev. Ida Bailey’s life was a living example of the principles of Unity in action. Rev. Bailey was still the minister at Unity Church of Christ, at the age of 90, in 1951, when illness forced her to retire because she could not work any longer.

She made her transition that same year and was survived by her husband, John and her daughter, Mrs. John G. Emery, who played the organ at the church. Rev. Bailey’s funeral services were held at the Metcalf Chapel with the Rev. Saul Miller of East Congregational Church officiating.