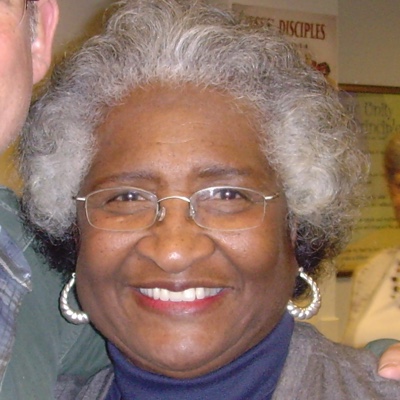 Gloria Holt is an African-American Unity minister who was ordained in 2005 (first row, 2nd from right). She originated from Tyler, Texas but lived and worked teaching school most of her life in Los Angeles. Gloria moved to Kansas City for ministerial training in the mid 2000s. After ordination she teamed with Sallye Taylor in a Bible ministry. Eventually she served as senior minister of Unity Southeast Church.

As you can infer from my comments below, this is a placeholder for a much needed future profile. I invite everyone who has a story to share about Rev. Gloria to post a comment or to send me an email at mark@truthunity.net. I will add your comments to this page. 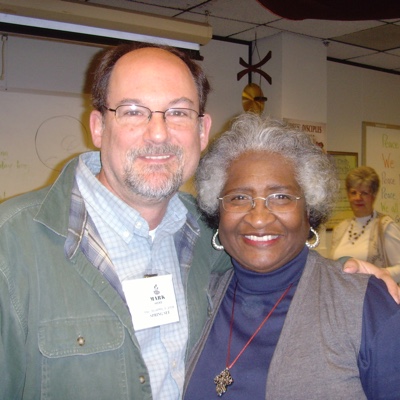 A Testimony from Mark Hicks

This photo was taken on a Friday afternoon in March 2008 at Unity Village. One week earlier I had left my job at IBM in Austin and drove up to Kansas City to begin classes. Monday morning at 8am I met Rev. Gloria as my new Bible teacher.

Rev. Gloria did not so much teach the Bible as she taught the love of God conveyed through the Bible. The class was “creative process” but the underlying curriculum was “what are you going to do with your life?” Gloria was interested in each and every student regardless of where they were on their spiritual journey. Needless to say, the small, flickering candle within my heart grew brighter and warmer though her lovingkindness.

Gloria was there on each trip I made back to Unity Village, and there were many. You may not know about her musical gifts. She spoke at the 2016 Metaphysical Bible Gathering, but I most remember when she casually began to play piano while we had lunch. Right away, Joanna Gabriel joined her in singing. Gloria and Joanna soon raised the whole gathering to a new level. Some ministers are like that. They speak, but they also have a sense of what is truly needed at the moment and how to best serve. That's Gloria (and Joanna too). To quote the well known song, she raised me up. Much of what has been accomplished through TruthUnity over the past 11 years can be attributed to her inspiration, kindness and love. Thank you, Gloria.

Presentation by Rev. Gloria Holt at the 2016 Metaphysical Bible Gathering.