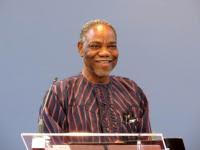 Rev. Festus Umeojiego was Unity South Church’s Senior Minister and CEO until he retired from Unity ministry in January 2016. Born and raised in Nigeria, Rev. Festus was first educated as an Engineer. He holds a Bachelor’s degree in Mechanical Engineering from Manhattan College in New York, a Master’s degree in Nuclear Engineering from NYU, and a Master’s in Mechanical Engineering from Wayne State University in Detroit, Michigan. He was employed in the automotive industry in Detroit for many years before being called to Unity ministry.

He credits his engineering background with leading him to Unity: “Nuclear science introduced me to Quantum theory, which opened me to a non-linear way of conceiving reality that I find consistent with Unity’s and other mystical ways of thinking.” He found Unity during a time of devastating civil war in his country of origin, and saw in Unity philosophy a means of transforming and transcending the human tendency towards conflict, often fueled by perceived differences. 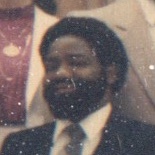 Rev. Umeojiego was ordained in 1983. He first served with Wanda Umeojiego at the Unity Center of Truth in Houston, Texas, followed with service as the Senior Minister of Unity Church in Woodbury, MN, from 1988 to 2001. From 2002 through 2008, he served as the Senior Minister of Unity on the North Shore, Evanston, IL. He returned to Minnesota and began his service at Unity South in January of 2009. He continues to provide spiritual leadership today: leading Sunday worship, special services and ceremonies, as well as teaching and facilitating adult spiritual classes and seminars throughout the year.

He served for over ten years with Unity Worldwide Ministries on the Licensing and Ordination Committee, which evaluates ministers in training for credentialing. He also served on the Board of the Great Lakes Region of Unity Worldwide, including service as the Chair of the Board. Authenticity and integrity are the most important leadership qualities to Reverend Festus, without which, he has said, "we are empty barrels and sounding brass, regardless of our intellectual ability and skills". He believes, as did Unity’s cofounder, Charles Fillmore, that “the purpose of human existence is to demonstrate the Truth of our being; to manifest our inherent divinity, our Christ or Buddha nature!”