I’ve had more people tell me about Charles Roth and the impact his ministry made on their life than any other Unity minister. He was a great populizer of Unity teachings. His radio broadcasts reached thousands, his booklets are widely circulated, and his church in Indianapolis grew rapidly and fully. Any Unity spiritual leader who wants to grow the congregation will do well to study Charles Roth.

Charles Roth appeals to the modern mind with a straight-forward message based on tried-and-true Unity teachings. His message is practical and it’s Christian. He once wrote that religion is not something you “belong” to, rather it is something that you study and practice. The three audio talks that are now streaming — Lessons in Truth, the Beatitudes and his book Mind: The Master Power — are filled with creative ideas for the practice of Truth. And his Time Tithing Chart that you can download or insert into your Sunday service bulletin is exactly the sort of thing that Truth students have sought after for so many years.

I hope you will order a copy of A New Way of Thinking, for yourself and to support those who are republishing his best materials. And I hope that the practical teachings of Charles Roth will once again bless our churches with unexpected growth and vitality. 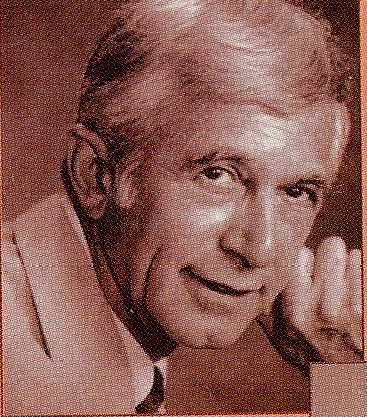 Charles Roth was minister of Unity Truth Center in Indianapolis, Indiana for thirty years. He was educated at the University of Buffalo, University of Chicago, and Drake University in Des Moines, Iowa and ordained by Unity School of Christianity, Lee's Summit, Missouri in 1953. Before his ministry in Indianapolis, he served as minister in Des Moines and assistant minister in Detroit, Michigan. After his ministry in Indianapolis, he and his wife Marilyn served at the Unity Church of Pasadena. Mr. Roth traveled to the Holy Land and the South Pacific where he taught his original "TAB Technique" in Australia and New Zealand. He has written many articles for Daily Word and Unity, several booklets and is the author of two books, Mind: The Master Power and A New Way of Thinking

Hi, Mark, I am thrilled that you are using Charles' material - you have my permission and my blessing. You and your students may not be aware that the radio talks were the basis of Charles' books, Mind, The Master Power, A New Way of Thinking and More Power To You. All were published by Unity School, but are no longer in print. A New Way of Thinking is now available on Lulu.com. The other two are planned for Lulu publication in the next couple of years. He had a gift for making abstract metaphysical ideas practical and personal for his readers. I'm glad new folks are being introduced to them. Joy and light, Marilyn Roth

Click here to download the original Charles Roth Time Tithing Chart in PDF format. This is the original 2-sided chart that Charles designed for carrying in your shirt pocket or purse. It includes Meditation Suggestions.

Click here to download the Charles Roth Time Tithing Chart graphic for placing in your Sunday bulletin. This is a reformatted Time Tithing chart saved in a .png format so that it can be easily be placed into a Sunday bulletin for use by people in the church.

Click here to download the original Charles Roth document entitled Responsibilities of a Board of Directors of a Unity Church in PDF format. This document has been recently circulated among Unity ministers by those who have found it helpful in addressing how to maintain harmony and consensus in a Unity board.

Feature on Charles Roth by Isabel Boyer - The Indiapolis Star

The narrow front of the landscaped Unity Truth Center, 907 North Delaware Street, gives little hint that there is room inside for the nearly 500 people who pour in each Sunday for services at 11 a.m. The space is in the depth of the building — Just as Unity flourishes in the depth of the mind. Unity beliefs are entirely Christian, based on the teachings of Jesus and His Bible, which is the Old Testament, according to Dr. Charles Roth, minister.

"UNITY IS NOT an offshoot of any denomination. We owe no allegiance to rituals that have sprung up since the time of Jesus. Unity is indigenous to America," he said. "The thing distinctive about Unity is belief that Jesus Christ is divine, but so is every person. Jesus as the Elder Brother and Way-shower did what is potential in every person. Man is created in God's image and likeness, so everyone is a spiritual being and has divinity. "That's what turned me on with Unity — this part — and (the belief) that the whole purpose of life is to unfold the divinity that was infolded in us in the beginning — through meditation and through striving to refrain from responding in a negative way to outer situations and to see past the outer facts to God's ever Presence, moving toward God. "This is my job as a teacher, to give people 'how-to-do-it' steps and suggestions about how to dissipate wrong responses such as hatred, anger and resentment which can bring physical illness on the person."

UNITY HAD its beginning with the late Charles and Myrtle Fillmore. Headquarters are at Lee's Summit, Mo., home also of the Unity School of Christianity and Silent Unity. Silent Unity has offered continuous prayer since 1889, receiving thousands of prayer requests daily from all over the world. Unity magazine, Daily Word and other publications are printed at the headquarters. Dr. Roth drifted away from his Evangelical and Reformed Church of God background when ministers failed to give him satisfactory answers to his questions, such as how the Old Testament God of wrath and vengeance stacked up with the New Testament God of love and forgiveness. But he never lost belief in a higher power. To satisy his intellect, Dr. Roth read all the philosophers. He studied so many different religions that he became an expert on religions.

WHEN HE RAN into Unity, even his critical mind could find little to question. "It all seemed to fall into place," he said. Dr. Roth became a Unity teacher in 1951. Uncertain that he wanted the life of a minister, he spent three days walking and praying in a park before plunging from the security of a postoffice job at Buffalo, N.Y., into this new work. Finally, on leave of absence from the post office, he searched for a home at Lee's Summit while his wife, Elizabeth, remained at Buffalo with their three small children long enough to sell their house and furniture. "I felt I owed it to God and life to give it a try because people thought I put things so simply and clearly. It was really on other people's faith in me that I thought I could do it," he said.

THROUGH THE days of decision, it became clear to Dr. Roth that Jesus was not a priest or a pastor, but a teacher, he said. After graduation from Unity Truth training, Dr. Roth became assistant to Eric Butterworth in Unity at Detroit, then ministered a year and a half at Des Moines, Iowa. He was accepted as a Unity teacher in Indianapolis in 1956. The position had opened after Margaret Strahle, the Unity teacher here, was killed en route home from a ministers' conference. At that time, the Unity Truth Center was a narrow oblong building with folding seats for the nearly 80 people attending Sunday services. Mrs. Roth was her husband's platform assistant. As the congregation grew, lots adjoining the church were bought in 1964 and a 500-seat auditorium was added.

"IT WAS BUILT and speedily paid for without pledges and canvassing of any kind," Dr. Roth said. In 1971, an adjacent corner building was bought. Walls were knocked down, making the two buildings one, and the interior was redone. Two houses were purchased and torn down to make way for a parking lot. Unity Truth Center facilities include nursery and Sunday School classes. Teenagers may participate in Youth of Unity. "We draw from all over the city. Ours has grown steadily while many churches are moving away from downtown," Dr. Roth said. Classes in metaphysical interpretation of the Bible meet Tuesday and Wednesday nights and Thursday mornings. The program, Unity Viewpoint, is broadcast on 12 radio stations. Of major importance is Unity's Dial-a-Prayer ministry. An average 25,000 people call each month.

AN INNOVATIVE minister, Dr. Roth designed a "time tithing" chart on which an X is marked for each six minutes of meditation out of every 60 minutes. He believes that sincere tithing of one's supply of time from God, the Source, expands consciousness, opens the way to continuing and increasing prosperity and, more fulfilling, results in spiritual understanding. Charting the six-minute meditations keeps persons from procrastinating and is a self reward, making the person aware that something must be happening as more X's are recorded. He also designed monthly "Mountain Movers" cards offering Unity Truth thoughts to counteract such challenges as "I am confused" or "the world kicks me around."

DR. ROTH BELIEVES in piling "Unity Truth things" into the subconscious to the point where negative elements are pushed out. During each Sunday's meditation and sermon, auditorium lights are lowered to give his congregation a feeling of being in a one-to-one conversation rather than listening as one of a crowd. He has had two books published and is working on his third.

If you have been blessed by the writings of Charles Roth, consider purchasing one of his books online. A New Way of Thinking is available as a printed book or as an eBook. This will help fund the publication of other Charles Roth books on Lulu.