Joseph Murphy — Pray Your Way Through It 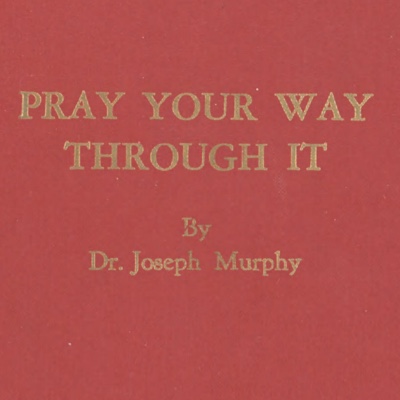 This book is based on a series of special lectures and classes given on the inner meaning of The Revelation of St. John the Divine in New York, Los Angeles, and other parts of the world. In the second and third centuries there originated a controversy as to the origin of the Book of Revelation. It was claimed that the Apocalypse and the Fourth Gospel attributed to John were written by Cerinthus, a Gnostic. The critic, Dionysius of Alexandria, declared that the book must have been the work of some John other than the son of Zebedee, arguing from a comparison of the Apocalypse on the one hand, and The Gospel according to John on the other, regarding style, language, and context.

The Encyclopaedia Biblica points out that The Gospel according to John, the Epistles, and The Apocalypse all come from the same school, showing linguistic affinities at various points. The consensus of Bible research scholars is that the authorship of The Revelation is really unknown, and the claims that it was the work of John are to be discounted. Research into ancient Egyptian manuscripts indicate the possible source of these ancient writings.

There is but one Truth, and all sacred writings are parts or fragments of the ancient wisdom which has come down to us from time immemorial. In the study of comparative religion and sacred writings we must come to the conclusion that a secret, traditional wisdom, an arcane science, underlies all these ancient writings.

In early times this Gnosis, or secret wisdom, was guarded zealously, being imparted only to those deemed worthy of initiation. The Bible is a psychological and spiritual textbook containing the laws of man’s mind and the way God works.

The Book of Revelation is allegorical and mystical—not historical. We must not construe allegory as history. People have tried in vain to give the Apocalypse an historical interpretation; others have looked upon it as prophecy predicting world events. The Bible does not deal with predictions of future events such as wars, calamities, destruction of the world, etc. The Old and New Testaments do not talk about future events and the destiny of nations.

If the Bible taught these things, it would mean that all things are foreordained, predetermined, and that man has no choice, no free will to mold, fashion, and shape his destiny. If the play is all written and you are here to fulfill your role like an actor following the lines of the play, what would be the use of praying, studying the Bible, learning how the subconscious works? As a man thinketh in his heart, so is he proves you can change the future by changing your thought and feeling now. It is your belief about yourself and your habitual thinking that make you well or sick, happy or depressed, prosperous or poor.

The subject matter of the Book of Revelation, or Apocalypse as it often is called, is veiled in symbolic, figurative, and allegorical language. This method was used by all ancient writers of the Bible, who were masters of allegory, in order to preserve and guard the sacred sciences in their true inner meaning from those who would pur­ posely destroy them. Furthermore, they held that those who are morally unworthy should not receive the inner teaching until they had proved themselves worthy to receive it. If the book had been written in clear language and its inner mean­ ing revealed as a great psychological drama taking place in the consciousness of man, it would undoubtedly have been destroyed by the hands of the first great dictator who came along, whether a Nero, a Ghengis Khan, or a Hitler.

Those illumined seers who wrote the Bibles of the world saw through time and space, and knew the importance of preserving the age-old wisdom, concealing it under symbols, numbers, and cryptograms. The Bible is written in code and the key to it has always been known. Any person can study the general principles of symbolism; he can look up the meaning of the various names and words in a good concordance and see for him­ self the great psychological and spiritual truths which portray the general scheme of Bible allegory. The language of symbols is universal, and this was the way spiritual knowledge was given to people in ancient times. A symbol appeals to the hearts of all men.

We shall now present a great psychological feast of peace, joy, and happiness as we dwell on the spiritual food of the beautiful Book of Revelation, which repudiates the conception of an anthropomorphic God, and with beautiful and sublime imagery points the true way to the heart of God. All the Bibles of the world reveal the eternal veri­ ties appertaining to the One God, the Father of all. They all bear witness to the Wisdom of God which is imperishable and which has come down through the ages as a priceless heritage of sacred knowledge.

Historically the Bible is of little or no value. Its beauty and strength lies in its presentation of the laws of life and the way of the Spirit. Approach the Bible with understanding and love, wholeheartedly seeking guidance and inspiration, and the Spirit of Truth will lead you into all Truth.