These compositions must have been written for Unity sometime between 1946 and 1966 and they were probably presented at a Unity Ministers’ Association conference. They were found in the personal papers of Dale, Donna and Minn Newsum, all Unity ministers, and they were sent to me by their son Richard.

What came to mind when I saw them is Yo-Yo Ma’s call for “#SongsOfComfort Amid Pandemic.” I sensed that God has blessed the Unity movement by surfacing these long forgotten compositions at this most difficult time.

So I reached out to Ching-Yi Lin (we call him Kenny), world-class graduate student at Peabody School of Johns Hopkins and our-favorite-classical-pianist at Unity in Baltimore, to provide audio recordings of the compositions.

Kenny wrote back “Thank you for reaching out, I would definitely like to help Unity accomplishing this work... Regarding the score, I notice that it has a vocal line, would you want me to play just the accompanying part only so the singer can enjoy the top line? I can also mix both parts, please let me know what you prefer, thank you.” I asked Kenny to mix both parts. You can scroll down to listen to the melody and you can download the score.

What that means is that everyone in Unity who has musical talent can perform these compositions for their Sunday services and they can record and share them with the Unity community through Unity World Headquarters and Unity Worldwide Ministries. I would be so grateful to see them performed at the Fillmore Festival in August and the Unity World Day of Prayer in September, both now online events.

God has sent to us an unexpected gift at a most challenging moment. As you will hear, the melody is comforting and the lyrics are Unity’s best. You can transform that gift into a healing balm of comfort and joy for your spiritual family. It just may be, as it says above, that “the arts will save the church.” 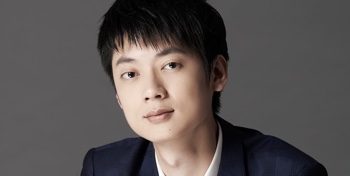 The artist who recorded these meditations is Ching-Yi (Kenny) Lin, who regularly performs at Unity Center of Christianity in Baltimore. Kenny, as we affectionately call him in Baltimore, performs throughout North America and Asia. He has been featured in various venues as a soloist. Most recently, he gave his New York debut at Weill Recital Hall at Carnegie Hall along with the First Prize Winner and the Outstanding Performance Prize of Concert Artists International Virtuoso Competition. In 2017, he was invited to perform at Brodbeck Music Hall of Hood College in Frederick for the “Russian Concert Series”. Kenny is currently pursuing his Doctoral of Musical Arts degree at the Peabody Institute of the Johns Hopkins University. You may follow him at https://www.chingyilinpianist.com/ 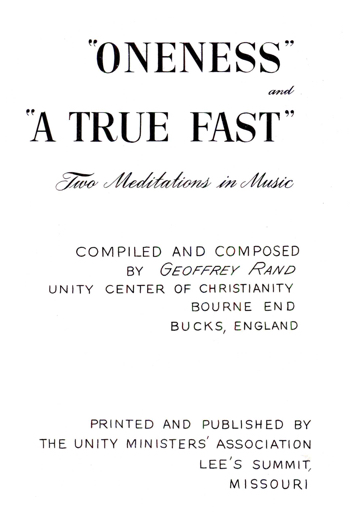 Download audio by Ching-Yi Lin for Oneness by Geoffrey Rand

(Yes, you may record, share and sell as long as you give credit)