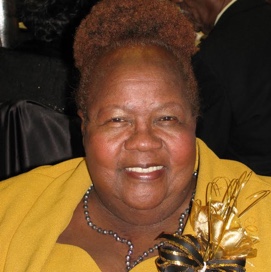 Here is a 70 minute video of Rev. Ruth Mosley sharing her life story along with many reflections by her about the Unity Urban Ministerial School. The video is segmented into 32 clips, so you can skip to and replay the segments that are important to you. I recommend, however, that you watch the video from start to end and then swing back to the segments which interest you. She was, as she declares her father to be, “a true grit” and her life story is important to understand the African American experience in our denomination and in our country.

You will notice that the webpage itself is blank, except for a few photographs and the link to her 1966 ordination photo. That is intentional. I am not the right person to write the profile of Ruth Mosley, nor the story of African Americans in Unity in general. My job, in this case, is to be a collector of stories from which the rightful author will draw. Progress continues on the African Americans in Unity project.

Ruth Mosley was ordained in 1966. This page is a placeholder for a future profile. 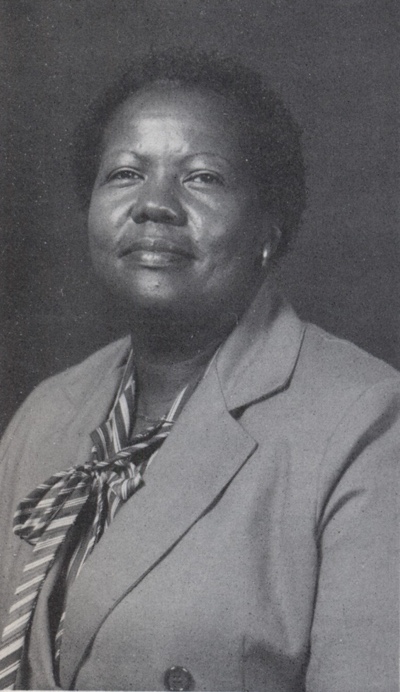 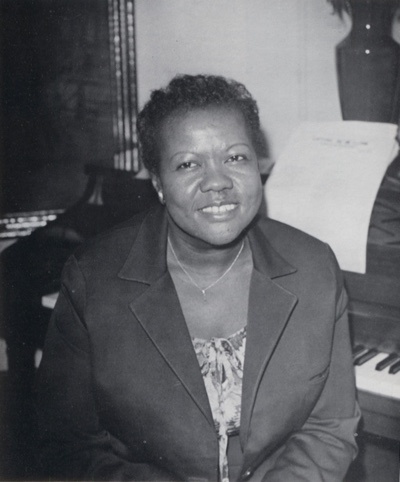 From a Hypatia Hasbrouck tribute published in 2000: 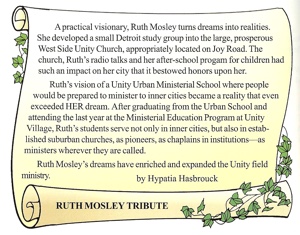 A practical visionary, Ruth Mosley turns dreams into realities. She developed a small Detroit study group into the large, prosperous West Side Unity Church, appropriately located on Joy Road. The church, Ruth’s radio talks and her after-school progam for children had such an impact on her city that it bestowed honors upon her.

Ruth’s vision of a Unity Urban Ministerial School where people would be prepared to minister to inner cities became a reality that even exceeded HER dream. After graduating from the Urban School and attending the last year at the Ministerial Education Program at Unity Village, Ruth’s students serve not only in inner cities, but also in established suburban churches, as pioneers, as chaplains in institutions—as ministers wherever they are called. 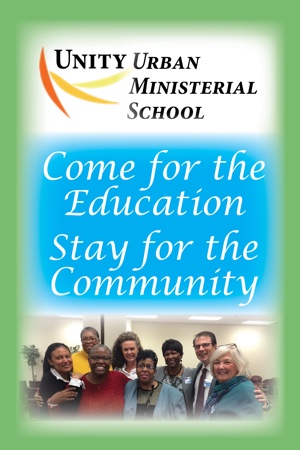