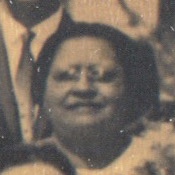 Montee Falls was an African-American Unity minister who was ordained in 1966 With her husband, Joseph Falls, she co-founded the the Unity Christian Church of Memphis. Her daughter, Mildred Falls Davis, was also an ordained Unity minister. 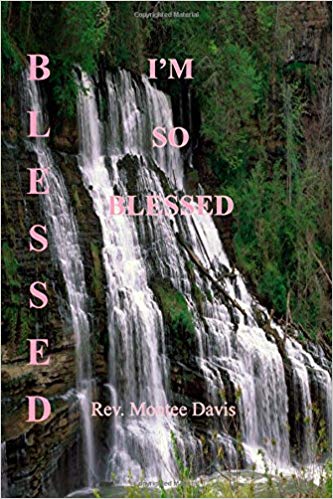 Montee’s grandmother, daughter of Mildred, is Rev. Montee Davis. She published in 2011 the book you see to the right, Blessed, I’m So Blessed. Click on the book cover for a link to buy a copy of this wonderful memoir by Rev. Montee.

In August of 2016, Rev. Montee sent me a nice letter, a photograph of her mother, Mildred, and a History of Unity Center of Memphis. Here is the text of that correspondence:

I behold the CHRIST in you.

This is a brief letter concerning my E-Mail to you about the Missing Name For the African-American Unity Ministers, who have made such a dynamic Impact within the Unity Movement.

My Mother, Reverend Mildred Falls Davis (1970), was a former educator, first here in Memphis, and after being influenced by her parents, Rev. Joseph & Montee Falls (Unity Ministers), she became a Unity Minister who was very active on the Radio, TV, had Sunday Services, Truth Classes, Retreats, Seminars and Pastoral Counseling during the week.

Due to phenomenal growth, we needed a new church home. The church was originally named Unity Center of Memphis. GOD gave her the VISION to build a new church, so along with the congregation at that time, they Looked all over Memphis to find a good spot. When they did, it was built In 1984.

Reverend Mildred, as she was called, was the First African-American Woman in the South to build a church. The rest of the details are within my book—BLESSED, I’M SO BLESSED. I have enclosed a copy of my book and a copy of the Original History of Unity Center Of Memphis, which has been submitted earlier (2010) to Eric Page (Archivist) at Unity Library, Unity Headquarters.

The photograph is not my mother [referring to a photo I had inquired about]. I do reside in Memphis, Tennessee and I appreciate your interest in providing this vital information to Unity and Others.

HISTORY OF UNITY CENTER OF MEMPHIS

Dr. Montee Falls, my grandmother, was a successful educator at Geeter High School, with her husband, Dr. Joseph Falls, who was the principal of Geeter High School and Master Bricklayer of exceptional skills at that time.

One day while listening to a radio broadcast of a Dr. Hogkins, Dr. Montee Falls was fascinated with what she heard about the so called “Truth teachings” and decided to investigate and study these teachings. The speaker, Dr. Hogkins, was part of a study group which met at the exclusive, luxury, and then segregated Peabody Hotel in downtown Memphis. She made some calls to him and was allowed to come and study plus participate with this group. God is within each one of to hear and she began to accumulate many, many Truth publications, like the Daily Word and other Unity publications which inspired her to travel to Lee Summit, Missouri at that time and study at the Unity Headquarters.

As the membership grew, they purchased a large two-story home on the corner of LaClede and Wellington Streeets, 1062 South Wellington. It was later converted into a church with a sanctuary Added.

There were Sunday School rooms, a fellowship hall for Tuesday night classes, and a bookstore for the selling of Unity books i.e. Daily Word, etc., guest speakers, workshops, Sunday Services and numerous Unity guest speakers who came from time to time to speak there.

At that time, people were excited to hear a black female minister had built a church. She repeatedly told them that “God was within them,” loved them, and wanted each and everyone one of them to live a prosperous life, here and now.

My mother, Rev. Mildred Falls Davis, had already begun to assist her parents by playing the piano, organ and becoming a radio counselor to spread the mighty Truth. She was influenced to become a second generation Unity minister by her Father, (Rev. Joseph Falls). He asked her to go one summer and attend one of the Unity retreats at the Unity Headquarters. Being a loving, obedient daughter, she did this and enjoyed that inspiring time so much, she too studied at the Unity Headquarters and became a licensed, ordained Unity minister in 1970 as well.

During the leadership of her daughter, Rev. Mildred Falls Davis, the church outgrew the Wellington location. Rev. Mildred as she was called, had a vision to build a beautitul new church home in the Whitehaven Area. When the land was found, the church purchased this land and with, room to expand, about five acres, began the groundbreaking services. This land that she and the congregation of 500 members acquired is right here—3345 McCorkle Road. This church facility was built in 1984.

Her youngest daughter, Davine Davis, became her assistant after becoming a licensed, ordained Unity minister in 1988.

Rev. Mildred resigned from Unity Center of Memphis in 1989 and founded an independent Truth ministry called “Faith Ministries, Inc ” then located at 1792 Farrow Road in Memphis, Tennessee. She retired from Faith Ministries in 2004.

After one year of absence from this church, her middle daughter, Montee, who had been ordained after studying at Faith Ministries Ministerial Program, conducted by Rev. Mildred, had a strong desire to re-start this church, Faith Ministries, Inc. She was the Senior Minister of Faith Ministries, Inc. from 2005 until January 13, 2008, at which time, being divinely guided to attend a service at Unity Christian Church (formerly Unity Center of Memphis), which led to participating in numerous Sunday Services and eventually was asked to become the Assistant Minister here. After prayerful consideration and deep thought, Rev. Montee Davis accepted this position and merged Faith Ministries, Inc. back to their original church home—Unity Christian Church. Thank God.