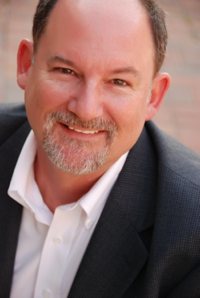 Expression or Manifestation?
Objections to the language in Teach Us To Pray page 101
Readers should not mix-up the term "flesh" with the term "body"
Take words and return unto Jehovah
The God Who Always Expresses
What is magic?
Words as instruments of ideas

Mark Hicks is the founder and developer of TruthUnity.net, a place for the study, practice and sharing of classic teachings of Charles and Myrtle Fillmore. TruthUnity provides live classes and online audio and video streaming of many great Unity teachers and founders. The site also offers novel ways to study Unity's classic teaching through hyperlinking and multimedia. On an average day, over 2,500 people come to TruthUnity for 3-5 minutes each for inspiration, study and online learning.

Mark's family is from the northern California area and he grew up outside of Wilkes Barre, Pennsylvania. His early career was with a family business in Louisiana, where he met his wife and where they raised their two daughters. His later career was in Austin, Texas were he worked for IBM and then prepared for Unity ministry. Married for 45 years, he and his wife Marika have two grown daughters, living in Saratoga Springs NY and Timonium MD. Mark and Marika moved to the Baltimore area in 2018 to be closer to their family.

Mark was ordained a Unity minister in June 2022. Besides developing TruthUnity, Mark also travels to Unity Village three times/year to collaborate with Unity World Headquarters in developing their library and archives. Mark has also served on the board of directors for the Unity Urban Ministerial School, which is one of two seminaries for Unity ministerial training. In 2011 he founded the Unity Church of Georgetown and was its Spiritual Leader for its first seven months, averaging 65-80 persons in attendance each Sunday. TruthUnity Ministries is his full-time ministry.

This interview was conducted by Bret Williams. Bret is a serial entrepreneur and life-long student of New Thought. He is currently working on creating a new network community for New Thought seekers which is scheduled to launch at the beginning of 2021. To find out more, visit https://www.projectone.network.