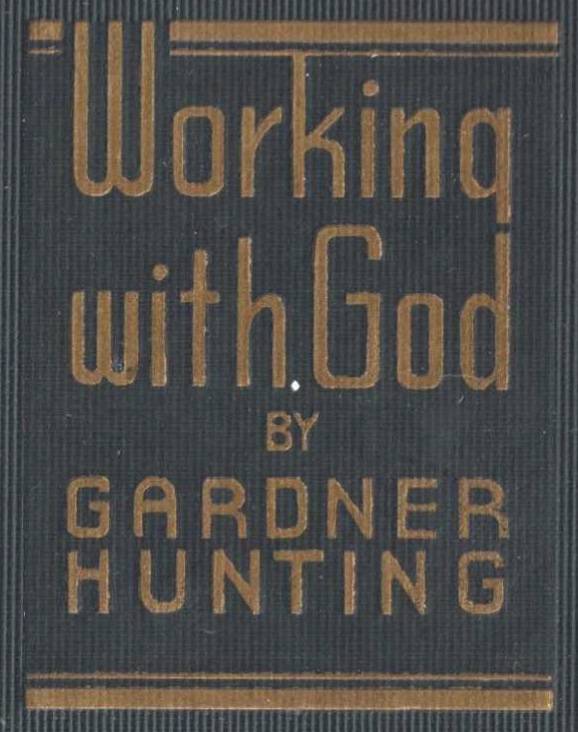 “What will you have? quoth God; pay for it and take it,” writes Emerson in his essay on compensation.

Men suffer all their life long under the foolish superstition that they can be cheated. But it is as impossible for a man to be cheated by anyone but himself, as for a thing to be and not to be at the same time. There is a third silent party to all our bargains. The nature and soul of things takes on itself the guaranty of the fulfillment of every, contract, so that honest service cannot come to loss. If you serve an ungrateful master, serve him the more. Put God in your debt. Every stroke shall be repaid. The longer the payment is withholden, the better for you; for compound interest on compound interest is the rate and usage of this exchequer.

Other sages have said the same thing in other terms. But always the tenor of the teaching of great students of life is that you shall be recompensed for what you do in terms of your heart’s desire. Somewhere else Emerson says something to the effect that the good man “cannot escape his good.” In the 3d chapter of Proverbs, Solomon bears witness, “he blesses the good mall’s dwelling,” and “wise men come to honour.” In the 4th chapter “the course of good men, like a ray of dawn, shines oil and on to the full light of day.” In the 10th chapter “the Eternal never stints an honest man” and “the hopes of good men end in bliss.” In the 11th chapter “the path of a right-minded man is cleared by his own goodness” and “the good man is brought safe out of adversity.” I quote from Moffatt’s translation, because the words in modern language become suddenly striking sometimes, when passages from the older versions seem overfamiliar.

Quotations could be multiplied almost endlessly. Besides the ones I have mentioned there are many more in succeeding chapters of Proverbs. There are many in The Psalms. Moses said the same thing, as did Isaiah. So did the ancient writers of the Vedas, and Confucius, and Lao-tse. In one form or another all the sages of all the ages have told us that God wants us to have what we desire. How do they—or did they—know? By experience, of course—by observation—by revelation. Just as we can know if we will fulfill one condition. As Kingsley said, “Be good . . . and let who will be clever.” That’s the single condition of our finding out. We don’t have to take Emerson’s word, or Solomon’s, or Lao-tse’s.

The proverbs of a people always contain the distilled wisdom of its great men. No proverb that is not true can live very long. “Be good and be happy” is a proverb. It has been ridiculed endlessly, but it is still alive because it is still true. It is a demonstrable axiom.

But we have a habit of thinking that maybe there’s some kind of catch in promises like that—some kind of string tied to them. We think, “Oh, yes, we shall be happy if we are good—happy with so-called spiritual happiness—not with satisfaction in earthly achievement or possessions.” But when we think such a thing as that, we are virtually calling the world’s sages cheats and swindlers and confidence men; which they are not, and never were. They meant what they said, exactly as they said it.

Cowards have twisted the old promises, and explained them, and perverted them, and hedged them about with if’s and and’s and peradventure’s and maybe’s and perhaps’s because they have not dared to claim these promises for themselves; because they have not wanted to fulfill the conditions; because they shrank from committing themselves; because they feared the sneers of doubters and skeptics. Sometimes even preachers in the pulpits of our churches sidestep the promises, dodge any statement of belief in them, undertake to explain that they do not mean what they say— that they mean something else. But the honest man who reads the Bible with clear eyes and an open mind cannot escape the fact that it is packed with promises of recompense for plain goodness in terms of his heart’s desires.

“Ask whatsoever ye will.” “Whatsoever ye shall ask in my name.” “We shall reap, if we faint not.” “Whatsoever he doeth shall prosper.” Take the Good Book and thumb it over with some notion that it actually means what is says, that it records the genuine experiences of men with God. You will find that it sets forth what we could say with all reverence, in modern parlance, is a “square-shooting God”—”a God of His word.”

But better even than thumbing through the Bible is putting it to the test. Have you ever tried making a soft answer to an irate traffic officer? Have you ever tried doing the fellow a good turn who has been trying to injure you? Have you ever tried promoting the interests of a rival? Have you ever let the other fellow have the credit that rightfully belonged to you? If you have, can you honestly say that so-called spiritual satisfaction is the only recompense you have received? That’s a challenge. Answer it! Not to me, of course—to your own heart.

Do you know why we sometimes think no reward comes from doing right—just plain right, without regard to anything else? It is because we look for some immediate return from the person or persons who receive the benefit of our act or acts. That’s why. We take too narrow a view. We forget about the “bread cast upon the waters.” We overlook the dollars-and-cents value of reputation, of “repeat business,” of the satisfied customer, of commercial credit.

The fact is that very seldom does the return come from the person we have benefited, or on the day of the benefit, or in the same form as the right deed. If for no other purpose, some of us should keep diaries to record our efforts to do right and the course our lives take subsequently. Sometimes the results are as obscure as some of the workings of nature. Snow melts on a mountain top, and somewhere miles below bubbles up a spring. The glacier deposits soil that some day becomes a fertile countryside. A beetle we look upon as a nuisance destroys an unrecognized parasite pest.

I “trust in the Lord, and do good” today; and tomorrow in some emergency He directs my paths. I am merely kind today; and tomorrow somebody does me a special favor that more than balances the scales. If not tomorrow, maybe next week. Maybe next year. But, somebody objects, next year is too long to wait. Why so? “In the morning sow thy seed, and in the evening withhold not thy hand; for thou knowest not which shall prosper, whether this or that, or whether they both shall be alike good.” If I want my good to be a steady inflowing stream I must keep on doing good steadily. I should be a merchant of many enterprises, all going at once and all eventually bringing back their meed of profit. Living is a marvelous enterprise. Right living brings a marvelous return even during depressions. In the bright lexicon of Truth there is no such word as depression!

God is no trickster. He is as honest with you and me as we are with ourselves. Yes, and much more honest. Basil King in his “Conquest of Fear” calls Him the greatest of all paymasters, and says, “He pays me, and He pays me well. He will not fail to pay me.” And God’s standard of reward is “abundantly above all that we ask or think.”

Spiritual reward? Certainly. That’s the best part. But with “all these things . . added.” I think I have written elsewhere that it sometimes seems to me we ought to reverse our usual procedure. Instead of trying to provide material things for ourselves and leaving God to look after our spiritual affairs, we should attend to our spiritual affairs and let God take care of our material interests. Is not that exactly what He asks us to do? Isn’t that what Jesus meant when He said, “Seek ye first his kingdom . . . and all these things shall be added” and “Your heavenly Father knoweth that ye have need of all these things”? Oh ye of little faith! Do you think God delights to befool you? Answer that!—not to me—in your own heart. Well, if not, then why not try this: “Bring ye the whole tithe [good deeds] into the store-house . . . and prove me [God] now herewith . . . if I will not open you the windows of heaven, and pour you out a blessing, that there shall not be room enough to receive it.” That’s a challenge too! Why not take it up? Then you won’t need to be guided by the sayings of other wise men. You yourself will be wise. You will know.