Join Me In Becoming God

Behold I am become human. If you should not want to join me in becoming God, you would do me wrong. — Carthusian Monk 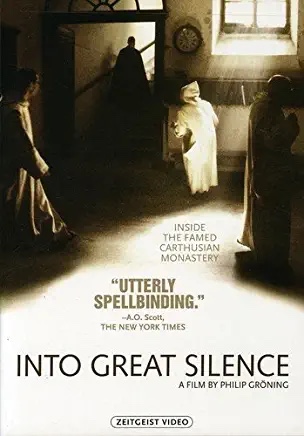 The above quote is from the movie Into Great Silence, a film about the intimate life of Carthusian monks who live in an isolated valley near Grenoble in the French Alps. The film is wonderful and it is one of my favorite chill-out movies. It’s on Youtube and I have more information about the movie further down.

What is important for you and I is not the movie, rather it is the quotation. The quote distills the life of the monks into five short words: “Join me in becoming God”.

If that is true, that the essence of the Christian life is to become God, then let me make a provocative statement: “Join me in becoming God” could be the best opening statement for any Unity minister this Sunday morning. Further, the essence of our life as metaphysical Christians is not enlightenment, nor healing, nor prosperity. It is not community, nor forgiveness, nor social justice. Certainly not morality or righteousness or judgment. We do not work for peace.

In fact, like the monks, we do not work at all. What we have, at its essence, is not a work, but rather an invitation—an invitation from Christ to “join me in becoming God.” To the extent that it is work, we consider the work to be a work of consciousness. It is for that reason that Into Great Silence should resonate with many in the Unity movement.

What is important is not so much the nature of the incarnation–how two natures are combined into one person or how Jesus could be fully human and fully God. Rather what is really important is the impact of the incarnation–how we might become God. In theology, the idea that God became one of us so that we might become God is known as deification, or its Greek equivalent, theosis.

Deification is found in the writings of the best known early church theologians: Clement, Origen, Athanasius, the Cappadocian Fathers, and even Augustine. It was an accepted Christian doctrine in the Catholic church until the ecumenical councils of the fourth century established limits of what could be considered orthodox doctrine. Even so, deification has remained popular in much of Christianity and is still highly regarded in the Eastern Orthodox church and in other early branches, such as George Lamsa’s Church of the East.

It may come as a surprise to many, but deification remains part of the teaching of the Roman Catholic Church. But the Calvinistic doctrine about the total depravity of humanity killed off the belief in deification in much of the western church, as well as other long-held beliefs, such as the power of Christian healing. As so much of North American Christianity is evangelical, we find great resistance today to the idea of the divinity or deification of human beings.

Human beings have a spark of divinity within — Unity

That is why most of the Christian establishment thinks it is a suspiciously radical idea that God became human so that humans might join in becoming God. Although the teaching of human deification remains an accepted doctrine in the Roman Catholic church, I have never heard it taught in a Sunday homily. But, as we see in Into Great Silence, deification continues to be accepted in monastic settings, as well as in metaphysical religions, such as Unity.

If there is one thing that truly represents metaphysical Christianity, it is that metaphysical Christians stress how we might become God. So here we are in Unity: Declaring the most unorthodox of doctrines–that human beings have a spark of divinity within–we find inspiration in the most orthodox of places–Carthusian monks who by works of consciousness try to kindle that divinity into a full image and likeness of God. Go figure.

I would stress to our Evangelical colleagues that the biblical basis for deification is found in Psalms 82:6, “You are gods, all of you are sons of the Most High” and in Second Peter 1:4, “he has granted to us his precious and exceedingly great promises; that through these you may become partakers of the divine nature.”

I acknowledge that these passages clarify some misunderstandings about deification. First, while it is true that we may become Gods, we can do so because we are children of the Most High. That is to say that deification does not replace God and the doctrine is not a cover for promoting non-theism. Second, deification is an eternal (timeless) process. As Christ is eternally begotten of the Father, so is our deification. And, third, we are partakers of the divine nature, not autonomous possessors of the divine nature. We have agency, not autonomy.

It may be that Unity and other metaphysical forms of Christianity have overstepped some of these limits in order to teach and promote human deification. Religious movements overstep theological boundaries all the time. But I would ask those in Evangelical and Catholic circles to consider which is the greater error: to over-emphasize human deification or to under-emphasize human deification? What has been the spiritual cost of teaching the total depravity of human beings? What has been the social and psychological cost of declaring that most of humanity is destined for hell?

Is it not now the time to raise up humanity so that we, individually and collectively, join with Jesus and enter into our rightful image and likeness of the 2nd person of the Trinity? Metaphysical Christianity is an authentic and distinct branch of the historic Christian church. I believe that we are entering into a 3rd era in Christian history which will be known one day as the Metaphysical Christian era. One characteristic of this new era will be a belief that the Christ is incarnated in humanity so that we may join Jesus in becoming God.

Philip Gröning, a German filmmaker, lived with the monks for a year and collected hundreds of hours of video during his stay. To watch the film offers you and I the closest opportunity we may have to experience deep monastic life.

The few dozen monks depicted in Gröning’s film live pretty much as all Carthusian monks have lived since the order was organized in 1086: remaining in their individual cottages except for three times per day to attend a common meal in silence, a mass and to tend to one’s own garden when necessary. Their day consists of repeatedly reading and reciting a limited set of foundational texts, interspersed with mundane chores such as preparing food, chopping firewood, and washing clothes.

The Carthusian discipline is recognized as the most severe of Roman Catholic monastic orders. Visitation is limited two visits per year with close family and all social interaction is prohibited except for a common Sunday meal followed by a short hour of free conversation. Except for these limited moments, the monks remain silent, as the title of the film suggests.

Gröning’s 2005 film has no voice-overs, no applied sound track and no commentary. There is nothing in the film for the intellect other than one long Bible verse, a handful of affirmation-like statements and a short conversation with an elderly monk reflecting on the blessings of being blind since birth. That is intentional. This is not a place where one reads too many books. Rather it is a place where seeds are planted in one’s mind and the severe monastic experience provides space for the seed to grow.

The film is available on Youtube. You'll need the DVD if you want the English subtitles and the extra features. Here is the best link I’ve found for information about the film. I hope you watch it. The affirmation-like statements do what we all know affirmation-like statements are designed to do: they transform consciousness by aligning our thoughts with God thoughts. I first bought the film when it came out in 2005 and every time I give these affirmations two and a half hours of my life I found myself in a whole new place.