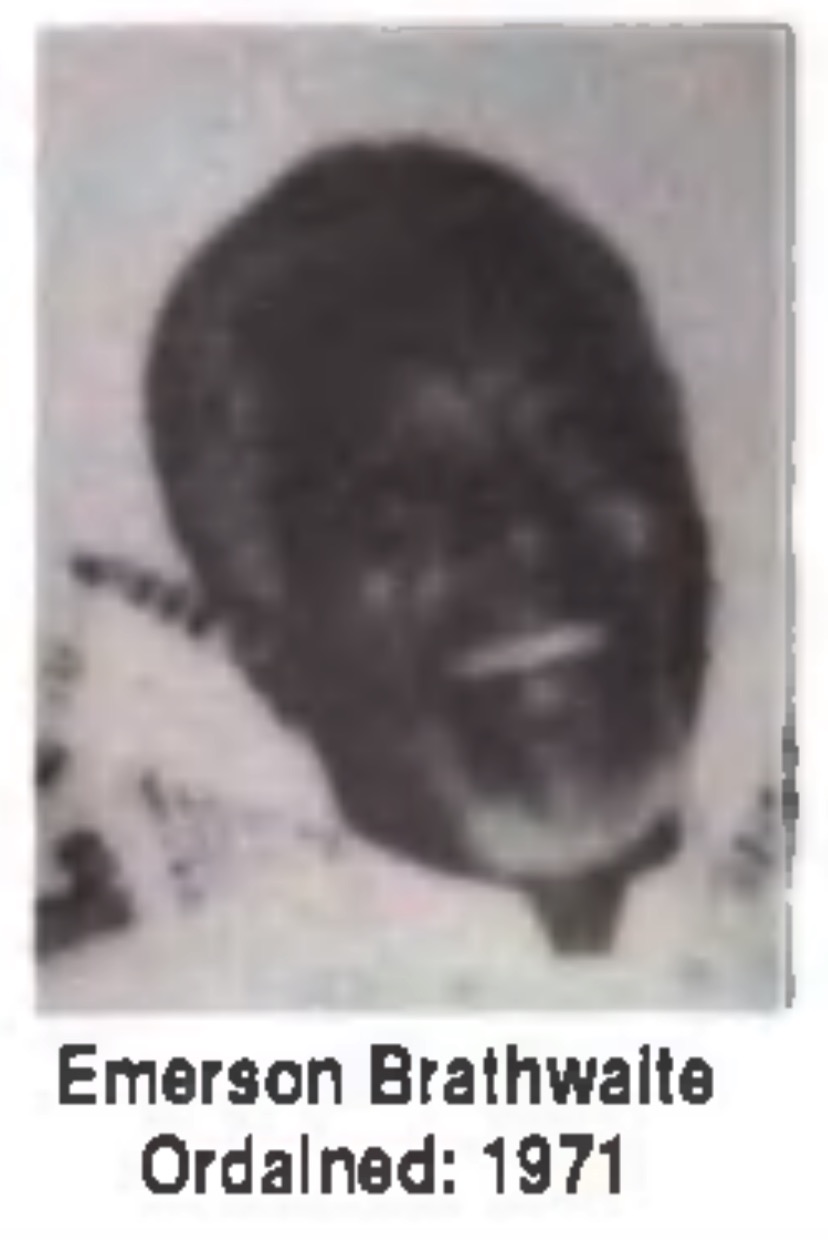 Emerson Brathwaite is an African-American Unity minister who is listed in the 1989 AUC yearbook as being ordained in 1971. He is not listed in the Unity ordination photos.

His birthday is February 2, according to Contact Magazine. He and several African Americans, including Ruth Cox were ordained in June 1971. 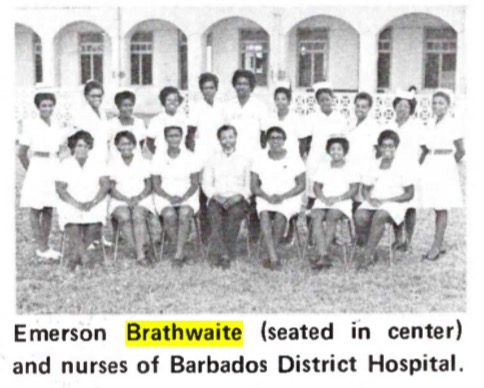 BARBADOS, WEST INDIES -Unity of Barbados is making steady progress with its study programs, according to Emerson Brathwaite, minister. "We are focusing more on the study group process and not on any church organization." said Emerson. "I feel that before a church organization is developed, there is a need for spiritual education. So, the focus is on class participation on Truth principles. Students are thus encouraged to intern-alize and demonstrate the Truth they know and experience."

In addition to Truth discussion groups, Emerson is engaged in other human potential programs. Recently, at the request of the Ministry of Health in Barbados, Emerson conducted a transactional analysis workshop for the nurses of the District Hospital. The four courses of the workshop were comprised of afternoon sessions of two to three hours each for a total of sixty hours.

Emerson also participated as a resource person for the First Hotel Employers Off-Season Training Course. He has also found time to hold rap sessions with schools and youth clubs. 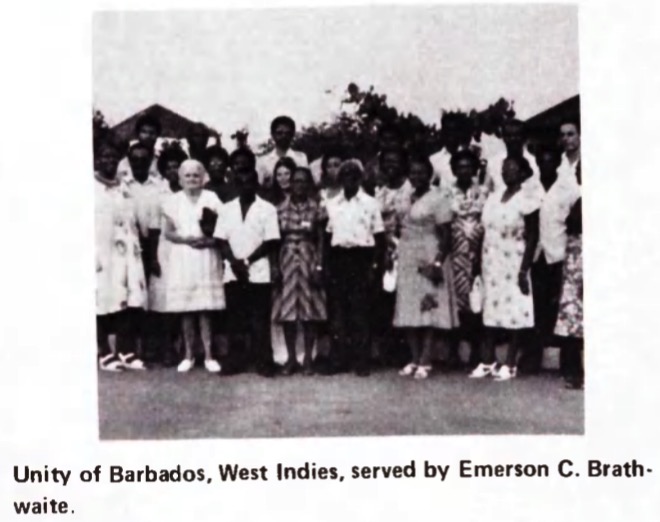 Emerson C. Brathwaite, minister, reports on Unity of Barbados: "Barbados, the most easterly of the islands in the West Indies, is one of the developing countries in the Carib­ bean community. Its industries are Sugar Cane and Tourism. Because of the race belief in lack and wrong thinking there are still elements of poverty, unemployment and over population. The traditional elements of Christianity for the past 300 years have made a deep impression on the consciousness of its natives. It is against this background that Unity of Barbados is laying a strong foundation for personal development and spiritual growth.

"In its weekend study programme, classes are conducted in the basic texts: Lessons in Truth, Christian Healing, Jesus Christ Heals, and other related material. In addition to the intellectual study and knowledge of Truth Principles, participants are encouraged through class participation and research to discover for themselves that which is meaningful and dynamic in learning process. On the whole, it is a kind of laboratory experience.

"In addition to its weekend study programme. Unity of Barbados is intensivying its outreach programme through the retreat experience--Our One Day Independence Retreat at Sam Lord's Castle (Marriotts Resort)--was a tremendous success. Our Christmas Candle Light Celebration was also a success. The celebration took the form of a dialogue based on The Twelve Powers of Man by myself.

"Because of the nature of our situation here in this Caribbean island, spirit is leading us to a Retreat Project. We know the substance is all there, but it can only come into expression through you and me.

"Already, an area of approximately 55,000 square feet of land on a lovely white sandy beach not far from Sam Lord's Castle, has been allocated for the Project. When the idea has come into expression it will be no longer the property of Unity of Barbados, but spiritually and legally, a World Unity Vacation Retreat Project.

"This Project will be a community project and will be at your disposal as individuals, families or an an organized group. For Phase I of the Project we would like to provide sleeping accommodations for at least 50 retreatants.

"So here is an idea on which we could together work and I leave you free to support us through AUC or Unity School of Christianity with your prayers, your substance, your ideas such as a suggested plan, material or even arranging a work camp.

"In working with such an idea and bringing it into manifes­ tation you will not only be expanding your consciousness but in a tangible way you will be helping the Caribbean people to develop their spiritual potential."

I invite anyone who is related to Rev. Emerson Brathwaite or who has any information about her to post a comment to this page or to contact me at mark@truthunity.net.