We always have been more or less in doubt about the character of the soul. Science is busy with its work of research in that line. We always have supposed that our souls were Spirit, but they are not. Science says that the soul and the body are but the two poles of the related physical forces. This theory of the soul was printed in an article in The New York Times, by Professor Henri of France.1 He says:

“The founders of religions were ahead of the scientists. They reached the same conclusions instinctively that we have at last reached slowly, painfully, by steps of infinite study and precision.”

“None of us ever dies,” says this professor. “That electrical radiation, call it personality, individual characteristics, soul, if you like, or ‘biological vibration,’ goes on and on. Set free by death, it seeks another envelope, because only so can it establish its equilibrium.”

“All our souls have been used before. They will all be used again. That was once a religious doctrine. It is now an established scientific fact. But first let us find out what the soul is. The first thing I set myself to solve was: What is life, and why? That has been the most pressing question in the world, and it has never been answered.

“I have succeeded in answering those questions. Life is the formula by which equilibrium is established between many masses, many emanations of different qualities, degrees, reactions. There is a tendency to establish equilibrium between the absorption of energy and the emanation of energy from all three kinds of vibrators; biological, electrical, gravitic. Life offered the best, the only solution for this tendency toward establishing equilibrium. Life, therefore, was a profound necessity to the scientific universe.”

Here science is proving that life is not only a profound necessity, but that it is the emanative, underlying principle of all existence. We go a step farther and say that life is God and that without life we would have no being. This brings us right back to continuous life or everlasting life, the great objective of Christianity. Professor Henri has found through mathematical calculation that the soul, the emanating mind in us, must have a medium through which it can attain its equilibrium, and that medium is substance. Now that we are brought face to face with an omnipresent life principle, we cease to theorize of life after death and an imaginary heaven or hell. Life being continuous, we must work on our problems right here and now.

According to Professor Henri, when a man seems to die, the soul, the mind, does not die with the body, but loses its equilibrium, its balance, and must of necessity reincarnate again. Where can it most easily find the equilibrium? On earth, where it has been before. Consequently the soul plans and eventually forms another body. Thus science is proving the necessity of reincarnation in maintaining the equilibrium between soul and body. Jesus Christ taught the necessity of continuous living. He did not promise His followers a heaven in the skies. His prayer was: “Thy kingdom come. Thy will be done, as in heaven, so on earth.”(Matt 6:10) Now modern science is telling us that in earth there is a constant flow of light, life, and heat, and that substance itself is merely a mode of motion in universal ether. Science also tells us that when we learn how to control these elements of the ether, we shall make right here in the earth every condition that we have imagined to exist in heaven.

Unity teaches man the law by which Jesus controlled the elements of the ether, and that all who enter this same plane of consciousness on which Jesus lived, the “place” which He promised, will be able to demonstrate as He demonstrated. (John 14:2)

This is our goal and we are banded together in His name to gain it.

Even physical Science is finding itself driven to supporting the philosophy of occultism. One of the most astounding statements of modern science is credited to Professor Charles Henry, a mathematician of the Sorbonne, according to a Paris correspondent of the New York Times. “Religion was right,” he is quoted as saying. “The founders of religions were ahead of the scientists. They reached the same conclusion instinctively that we have at last reached slowly, painfully, by steps of infinite study and precision. None of us ever dies. That electrical radiation—call it personality, individual characteristics, soul, if you like, or ‘biological Vibration’—goes on and on. Set free by death, it seeks another envelope, because only so can it establish its equilibrium.” 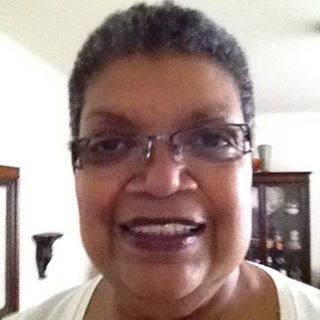