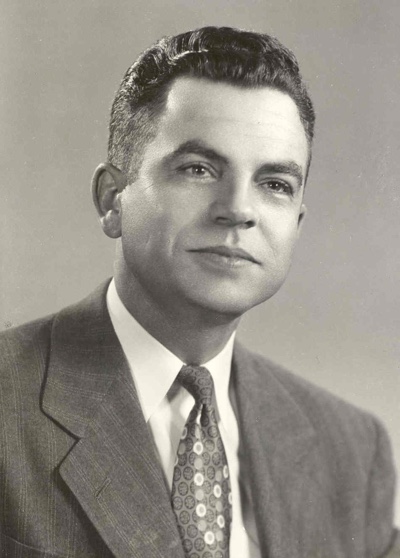 On this coming July 4th, known as Independence Day, there will be a lot of talk about freedom. And against the backdrop of long gas lines, strikes, shortages and the harassment of inflationary pressure there may well be a desire to redefine the word freedom.

Certainly everyone hungers for freedom from lack, from illness, from fear, and from bondage to any and all circumstances over which we have no control. In America we have not only entertained the idea of freedom as doing what we want but also of having what we want. This is why gasoline shortages are so annoying. All we can think of is if we have enough money to buy there should always be the freedom to have.

Jesus said “You shall know the truth and the truth shall make you free.” We miss the real meaning if we think of freedom as from gas lines, freedom from shortages, freedom from pain etc. For there are no shortages, no limitations in God or in Truth. These things are in human experience. Truth makes you free in mind — free from worry, from discouragement, and free to choose the level of consciousness in which you meet life and change in circumstances.

Unfortunately we have thought of freedom as an escape, rather than as a creative act. The emphasis has been on freedom from something rather than freedom to do or to be something. The emphasis has been on “dropping out” or running away. But the greatest freedom is the freedom to grow into the strong person we are created to be — facing up to successfully coping with those things we otherwise try to escape from. If we try to escape, to run away, to lean on people or on society’s institutions, or to use chemical means of deadening the pain or softening the blow, we are not achieving freedom. Freedom is not an escape. It is the choice to be strong, to understand, to find a transcendent way.

The beauty of Walden is not that [Henry David] Thoreau went away by himself, but that he came back. When we come back, freedom is a possibility. It is not running from the job, from the painful situation, but it is going away to get a new perspective, to find inner strength, and then returning to face up to it.

In July about 500 people are going to Allentown for our annual retreat. Undoubtedly many persons are leaving problems and pressures and personalities from which this certainly would appear to be the “great escape”. But the goal of the retreat is not to provide a temporary oasis from the world “out there”. It is, rather, to awaken some inner strength by which one may come back and meet his situation with poise and power. Freedom is not isolating yourself from the darkness, but the courage to go out into the darkness and put your hand into the hand of God, which shall be to you better than light and safer then a known way.

One man had been crippled all his life, yet he had made a great success of everything he engaged in. He was asked the secret of his success. He said he made it a practice to concentrate on his strengths rather than his weaknesses, to keep positive and refuse to unfold in self pity. Then he was asked, “but hasn’t your crippled condition colored your outlook on life?” He replied, “of course it has covered my outlook but I have always chosen the colors.”

We missed the point if we insist that if a man were really free he would no longer be crippled. There are many physically sound people who are mental cripples, and many unusual persons like this man, who have physical handicaps and still have a freedom that transcends the limitations. The greatest freedom is not freedom from things or conditions: it is the freedom to be, the freedom to choose the kind of thoughts you think in the face of things.

No one has the power to shut the door to the real source of your good, nothing can really stand in your way. Recall the story of Joseph, whose brothers sold him into slavery. It was a harsh introduction into the adult world, but it is likely that Joseph had been a spoiled brat in the need of some harsh experience to make a man of him. This was certainly not a humane way to go about it, but somehow he met the crisis, and made his way through a chain of serendipitous circumstances to become Prime Minister of Egypt. Later [he said] to his brothers, “You may have intended it for evil, but God intended it for good.” This is the greatest freedom, to choose how you meet things. You can name it good. Instead of commiserating and resenting or indulging in self-pity, you can know that things are working for good.

If you announce, after some reversal or disappointment, “Well, there goes my chances of success”, then that is the level of consciousness in which you will be working for the immediate future. Is that what you want to happen? You can close your mind to life this way, but life never closes its doors to you. What seems to be a closed door is but the illusion created by your own negative feelings.

Whistler, who eventually became a renowned painter, wanted as a youth to become a soldier. At West Point, as a cadet, he failed a chemistry exam and that terminated his military career. Somehow he knew the promise of the open door that no one could close. He tuned in on the relentless force within that is ever seeking to lead one to the perfect fulfillment of his uniqueness. This did not mean the freedom to have what he wanted, to become a soldier at all costs. But it was the freedom from anything they could stand in the way of his good.

As Schiller said, “Freedom is not doing what you want, but becoming what you must.” So, working in his desire to be a soldier, Whistler found himself ultimately following more artistic pursuits, which proved to be the right course for his life. In later years he joked about the seeming chance thing that turned his life around. He said, “If silicon had been a gas, I might well have been a general instead of an artist.”

This is reminiscent of Shakespeare’s classic lines from As You Like It: “Sweet are the uses of adversity, which like the toad, ugly and venomous, wears yet a precious jewel in its head: and this our life exempt from public haunt, find tongues in trees, books in the running brooks, sermons in stones and good and everything.”

This is an important key: You, too, can find good in everything. Any challenge or change can work for good, and you can make a blessing out of whatever appears to be a handicap, if you will take your stand and choose the kind of attitudes with which you it all. Know that the door is forever open, and get yourself into it’s an inexorable flow.

The greatest of freedom is the freedom to know the truth in the face of that which is negative. It is the freedom to be creative in spite of the problem. It may eventuate in a healing process leading to freedom from the problem itself. But sometimes we put so much effort in trying to demonstrate freedom from the condition that we create an inner resistance that negates the outer games.

In other words we must be sure that we are willing, and not just willful, to know that there is an open door that no man may shut, but it is a divine flow and not just a particular way that it must express. It means to keep open in mind, to keep positive and thought, to keep loving and tone.

Knowing the truth is not just mouthing cliches of absolute truth, such as “Divine love heals all things”. Many students on the spiritual path become metaphysical sloganeers. Actually love will not solve the world’s problems. Love will not solve anything: loving will. Love is an abstraction, loving is a creative flow of energy that harmonizes and heals.

We talk about “practical Christianity”, but it is only practical when it is practiced. It is so easy to collect and parrot metaphysical propositions and affirmations of truth. But there is a great need to translate them into dynamic activities set into operation by conscious act of volition. We must choose to use the truth we know.

We all desire to be free, to be whole, to conquer fear and worry, to live as we would like to live and to do what we want to do. This desire is built into our very nature. The trouble is we have been so busy seeking freedom from certain things that we have not considered alternatives. What do we want freedom to do?

True wholeness is not just lack of illness or pain: it is the coordination of mind and body and talents in the direction of a worthwhile investment in one’s life. Prosperity is not just an absence of lack. It is a creative flow of wisdom end guidance and the commitment of oneself to some creative endeavor from which there is a sure and secure return of substance.

The urge to be free is misconstrued as the longing to get out from under, to be rid of unbearable conditions. The labor market is crowded the frustrated workers who run from job to job, constantly exercising their prerogative to be free from, but never facing up to themselves so as to make a creative choice to be free to apply their talents in the direction of success.

So on this Independence Day, let us reflect upon this new insight into freedom — not the attempt to get freedom from oppression, from people, from problems, from pain, from insecurity. Let us begin to think of freedom in a more creative sense: the freedom to be, to become something, to be big enough to deal with the experiences of life, not just freedom to erase difficulties and to eliminate people (as we may be subconsciously desiring), but rather freedom to release our spiritual capacities.

When we understand this, we will begin to let go not only of our problems but also of our rigid metaphysical concepts about them, and then to walk on and begin each day anew in our quest for understanding. For the greatest freedom is the choice to begin again.