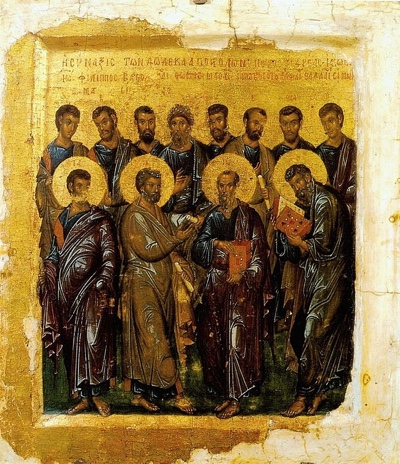 Here is a document that theologians had always known about but had been lost until a copy was discovered in 1873. It’s not one of those controversial writings that have been suppressed, banned and burned by the early church leaders. Although it was not included in the New Testament cannon, it is now considered coterminous with the Gospel of Matthew and it is widely read by scholars because it “reveals more about how Jewish-Christians saw themselves and how they adapted their Judaism for gentiles than any other book in the Christian Scriptures”. The book is called The Didache or The Lord's Teaching of the Twelve Apostles.

You can read more on Wikipedia, and, while you’re there, I hope you will click on the button to the right and make a donation.

The Didache is interesting to Metaphysical Christians because the instructions given in this compact, first-century document make no mention of the atonement of Jesus Christ. As the Wikipedia commentary says, “‘Lord’ in the Didache is reserved usually for ‘Lord God’, while Jesus is called ‘the servant’ of the Father... In the first six chapters, known as the ‘Two Ways’, Jesus is never mentioned by name.”

You can read it in 20 minutes. I hope it inspires you as it inspired me. The first part, chapters 1-6 concludes by saying “For if thou canst bear the whole yoke of the Lord, thou wilt be perfect, but if thou canst not, do what thou canst.” That’s great advice for practical Christians.