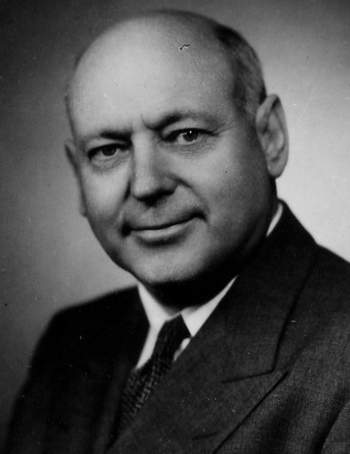 There are approximately 2.4 billion Christians in the world today, about 30% of the total population. Most of them are looking for a better way. The book I am about to introduce to you, The Soul’s Sincere Desire, will resonate with many of them, as it did 95 years ago, when first published.

The book was “claimed” by the author’s own denomination, Presbyterians, and also by Catholics, Quakers, Christian Scientists, Swedenborgians ... and Unity. If you’re looking for a way to talk about Unity with family and friends, this book has much to offer.

In January 1925 Unity magazine ran a four page excerpt of The Soul’s Sincere Desire, which was an article published four months earlier in the Atlantic Monthly. Unity introduced the article as follows:

“Do not pray to bring things to pass; pray to see things that are already in the Kingdom,” is the advice of Glenn Clark, professor of English at Macalester College, in an article entitled “The Soul’s Sincere Desire,” which appeared in the Atlantic Monthly for August, 1924. — Unity magazine, January 1925 p. 49

Clark had been exposed to New Thought ideas through his association with William James while obtaining his M.A. at Harvard. He applied and shared those ideas in a prayer group he led in St. Paul, Minnesota and while teaching creative writing as a junior level English professor at Macalester College.

The prayer group and the creative writing class were the incubators. The August 1924 Atlantic Monthly article was the launch. His article went viral. Unity picked it up in January 1925, as did other popular magazines. Two months later it came out as a short book of seven chapters.

Glenn Clark quotes were carried in the February 1928 issue of Unity magazine and the February 1930 issue, by Gardner Hunting in the July 1937 issue and again by William Earle Cameron in November 1978. I am confident that there are other Unity quotes, but we don’t know because several decades of Unity magazine are yet to be digitized (they’re coming). Gardner Hunting wrote:

“Glenn Clark, whose little books on prayer are so inspiring, speaks of men who practice giving time to silence as men who have “great silent spaces in them” that are sources of power, even as the great silent “vacant” spaces among the stars are believed to be the source of the all-powerful cosmic ray of which Millikan tells us. Power is a marvelous possession: power to think, to speak, to act!—to think, to speak, to act with power!”

This book launched a speaking career for Glenn Clark and he started a small publishing company for printing short tracts and booklets. Then he met Agnes Sanford, who was looking for a publisher for The Healing Light, which is another book that has broad cross-over appeal among New Thought, Evangelicals, Catholics and Pentecostals. Clark published and promoted the book. I later found out that The Healing Light is one of twelve required readings for the Divine Science Practitioner training program at Sunshine Cathedral in Ft. Lauderdale.

I have just finished reading Glenn Clark's autobiography, A Man's Reach, a wonderfully written account of his life and his lasting ministry, a para-church organization called Camps Farthest Out. The first I heard of CFO was from Joyce Kramer, who had attended some sessions early in her ministry. Glenn writes about the response to his book,

One thing that surprised me was the way all creeds claimed me. A priest of Notre Dame University wrote a review of The Soul’s Sincere Desire for a leading Catholic magazine: “While the author is one of our estranged brethren,” he wrote, “there is nothing in this book that will hurt a good Catholic to read. It breathes the spirit of Brother Lawrence and Saint Francis.” Quakers claimed me; Christian Science and New Thought joined the chorus. The Swedenborgian magazine wrote, “Glenn Clark may never have read Swedenborg but he states his law of correspondences better than any of our writers have done.” (A Man’s Reach p.169).

The broad appeal of this book was born out of necessity. Glenn Clark had been an unknown, junior level English professor who desired to teach great literature but his senior colleague restricted him to teaching English composition and correcting student papers. He says in his autobiography that, having no outlet for his desire, he began to compensate by “making short-story writing as fascinating and intriguing as I could.”

The Soul’s Sincere Desire is not a polished book of theology, nor of metaphysics. Rather it is a practical exploration of the Christian spiritual life, born of the necessity of being fascinating and intriguing in a way that theology and metaphysics could never be. That it was based on New Thought ideas, that it went viral and that it found widespread appeal among Catholics, Quakers, Christian Science, New Thought and Swedenborgians should not surprise anyone of us.

The book will also appeal to an unusual spiritual group: golfers. Yes, golfers. Five of the seven chapters compare effective prayer to an effective golf swing (take one’s stance, address the ball, relax the wrists, give the stroke, follow through with confidence). Here is a one-line summary of each chapter:

1. The Soul’s Sincere Desire is finding the Kingdom of Heaven in the practical world of men.

2. The Lost Art of Jesus is seeing in parables—looking at Reality through the lens of the imagination—and then letting this parable, or imaginative way of looking at Reality, bring to pass that thing which is spoken of as a miracle (take one’s stance).

3. Praying In the True Spirit is translating material needs into Spiritual symbols (of love and joy) and praying not for needs but for the spiritual Realities which they represent (address the ball).

4. The first Lesson in Prayer is clearing the channel of ambition, fear and anger, making ready for the inflow of God’s love (relax the wrists)

5. In His Name, we must direct forces greater than yourself (give the stroke).

6. We should Pray on the Mountain where affirmation and denial are no longer necessary and our prayers become a simple and direct reaching out for the good (follow through with confidence).

7. Helps to Prayer will keep the mind stayed on God and keep the eye single, filled with Love and Faith and Joy.

Fortunately, since the full length book was published in March 1925, it has now been out for 95 years, which means the copyright ran out in March of this year (2020). The full text is given here.

He dedicates the book “To the Inner Soul of America” and he gave credit “to modern-day prophets who hold that truth, like light, is impersonal, infinite, universal, and eternal, and who rejoice that they are selfless channels by means of which its radiance may reach humankind... From such Olympian light-gatherers as these I have lit my torch.” This book is for you. 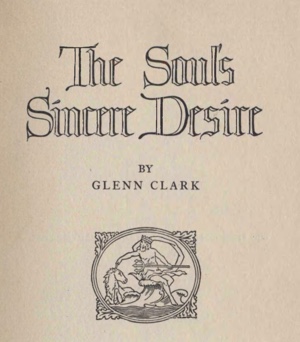 COPYRIGHT 1925 BY THE ATLANTIC MONTHLY PRESS INC.
PRINTED IN THE UNITED STATES OF AMERICA

To the Inner Soul of America

There are some modern-day prophets who hold that truth, like light, is impersonal, infinite, universal, and eternal, and who rejoice that they are selfless channels by means of which its radiance may reach humankind. The most exalted of these covet no personal fame for themselves, deriving their reward rather from seeing the dawn they love steadily expand and increase into high noon and flood all the plain with light.

From such Olympian light-gatherers as these I have lit my torch. The only acknowledgment I can conceive of that seems at all worthy of such pure natures is the continued spreading of their light, that it may reach a larger circle and bring joy to a greater number.

Only a few of these light-givers came to me in the form of books. More have come to me as friends bearing gifts; still more have come as eager questioners; their very needs have brought into the light new conceptions, which, had not their hunger drawn them forth, might otherwise never have been revealed. But deserving of gratitude above all the rest, a gratitude that can never be repaid in words, is that silent band of men and women of many churches and many creeds, whose prayers have been a mighty force in bringing into manifestation Truth more exalted than the voice of him who utters it, and Light greater than the lamp that sends it forth.