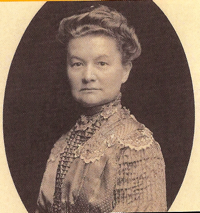 A short biography on the Unity Website says that Jennie Croft organized the first Unity Sunday School and was ordained with the first group of Unity ministers in 1906. She was an active supporter of cultural efforts in art, literature and science in Kansas City. She worked in the Unity Library, wrote for Unity publications, and taught classes for ministers.

Neil Vahle writes in The Unity Movement, It's Evolution and Spiritual Teachings that in June 1919 Jennie was sent by Unity school to run the New York Unity Center. The center had grown under the leadership of Sophia Van Marter, a well-known Unity field lecturer. Van Marter left for her native England in 1918 and the center was left to William Weston, president of the Society of the Inner Life. Apparently his teachings were not in alignment with those of Unity School and he was forced to leave after one year. Vahle says that a story in Unity magazine said that Croft was successful in straightening out the center and that she returned to Kansas City in December 1919.

Jennie Croft is first on the left, front row, in this group photograph that appears in the August 1902 issue of Unity magazine. Click on the image for a larger image. 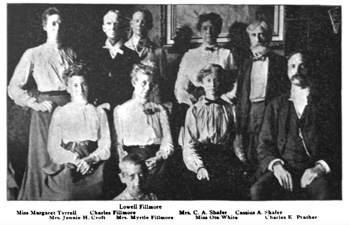