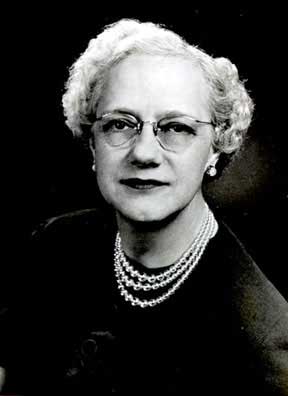 Alma Morse is notable for her influence as a minister (founder of Lakeside Temple in Oakland, as a teacher (at Unity Training School, remembered by James Dillet Freeman and Joyce Kramer) and as the editor of the writings of Frederic Keeler (which influenced John Rankin and many others).

The Reverend Alma M. Morse was born in Jennings, Louisiana on December 30, 1900, the youngest of five children and the only daughter. She moved to California in June 1906. She graduated from Mills College in Oakland, CA, in 1924 with a degree in drama. She studied voice in Boston and New York for two years and attended Richard Lynch's Sunday Unity services, her introduction to metaphysics. Back in Oakland she took over a small Unity group meeting in a storefront, and this group sent her to Unity Training School, Lee's Summitt, MO where she studied and was ordained by Unity's co-founder Charles Fillmore in 1942.

Miss Morse founded Lakeside Temple of Practical Christianity in 1939 at the prompting of metaphysical healer and teacher, W. Frederic Keeler. She was Minister of Lakeside Temple from 1939 until her retirement 27 years later in 1966.

Joyce Kramer recalls learning from Alma Morse at the Unity training school when Joyce was studying to become a minister. Joyce said "she really taught techniques for prayer and healing." Alma Morse said to her "We don't really expect healing; we pray and think maybe things will get a little bit better but we don't really have a sense of that inner demand we need to have if we're going to get instant and common results." Joyce said "She was a great teacher and she was a blessing in my life."

The following is from Who's Who in New Thought:

MORSE, Alma M. 1900-. Minister Emeritus, Lakeside Temple of Practical Christianity, Oakland, California, which she founded in 1939 as Lakeside Unity Temple. She has a B.A. degree plus one year more for her California Teaching credentials. She also had Unity training and was ordained by Unity. She was Minister for two years at Unity Wayside Center, Oakland, California; Assistant Minister at Milwaukee Unity, Wisconsin for six months' and was Associate Minister at Unity Home of Truth, Alameda' California for two years. After founding Unity Wayside Center she served as Minister for 27 and 1/2 years. She also taught summers at Unity Training School for 20 years. She edited the following books by M. Frederic Keeler: Christian Victory Instruction, The Subliminal Mind, The Practice of Christian Healing, The Practice of Concentration, and Solving the Problem of Supply.