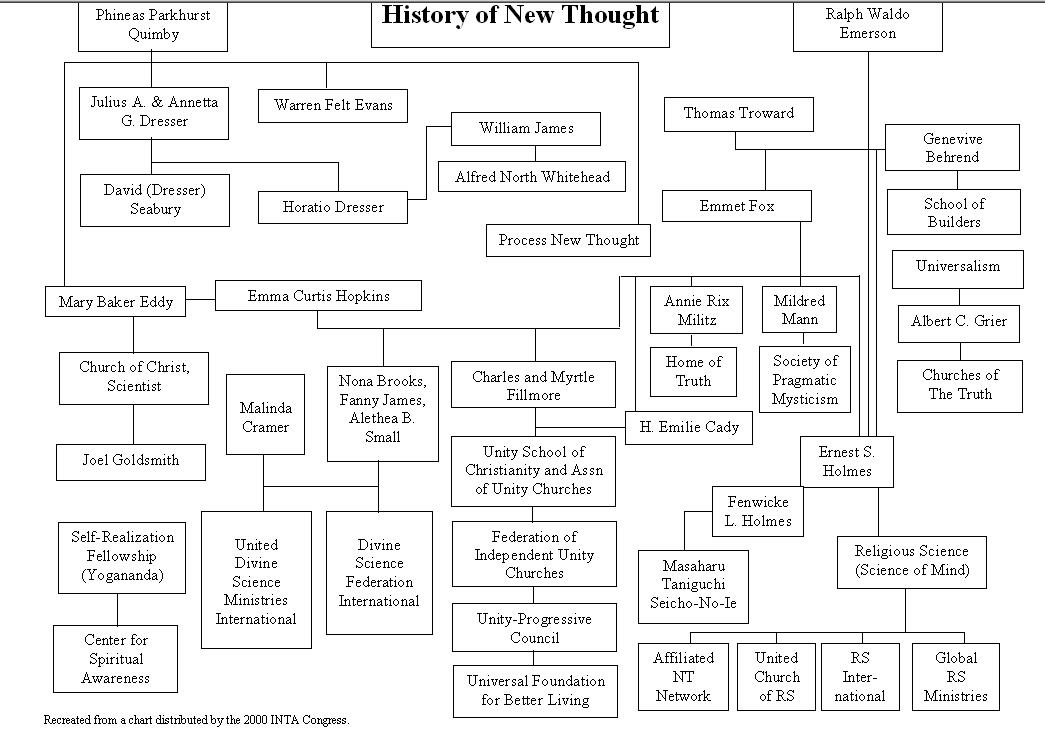 What distinguishes New Thought from New Age and other esoteric and metaphysical movements is the development of churches based on the work of New Thought pioneers. New Thought is far more than a movement; New Thought has achieved denominational status in American society. If you click on the chart to the right a larger copy will open to show how these branches developed, according the the International New Thought Alliance. In this section, New Thought Branches, I highlight the founders of New Thought churches and the organizations they created.

Tom Thorpe provides the following things to note as we study the three remaining branches of the New Thought movement (:46-7).