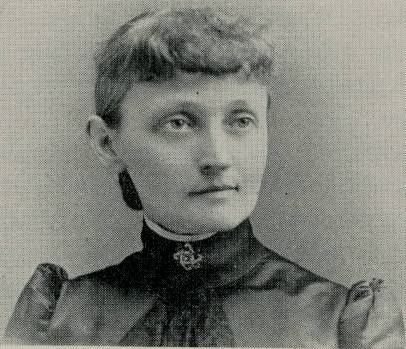 Braden writes (:138) that one way in which New Thought was debtor to Mary Baker Eddy was that certain persons, once they reacted to her “authoritarian possessiveness,” broke with Eddy and became teachers of others who later led the major branches of New Thought. One of them was Emma Curtis Hopkins, who had been the editor of the Christian Science Journal under the direction of Eddy and who was dismissed in October, 1885, reportedly for reading other metaphysical books besides Eddy's writings (:141). Braden writes that “she was an extremely able individual, with ideas very much her own, and with the ability to communicate them to others. She could not accept the role assigned to her by Mrs. Eddy, and so became an independent teacher.”

After her dismissal in Boston, Hopkins moved to Chicago in 1887, and opened what would later be called the Emma Hopkins College of Metaphysical Science. She was called the "teacher of teachers," because a number of her students went on to found their own churches or to become prominent in the New Thought Movement. Among her students were Charles and Myrtle Fillmore, founders of the Unity School of Christianity; H. Emilie Cady, author of the Unity textbook "Lessons in Truth;" as well as Frances Lord; Annie Rix-Militz; George Edwin; Malinda E. Cramer, co-founder of Divine Science; Ella Wheeler Wilcox, New Thought poet; Elizabeth Town; and considerably later Ernest Holmes, founder of the Church of Religious Science.

Braden writes (:146-7) that the seminary declined to have “chairs of Church History, or Homiletics, or Ethics, or Dogmatic Theology, as is usual in Theological Seminaries” and comments that this set the “fundamental characteristic of the whole teaching philosophy of the metaphysical movement in general, one that probably accounts for the meager formal training required by all the groups of those who minister or who teach in them.”

However Hopkins was way ahead of her times in the freedom offered students in a group activity which the faculty of the seminary became. Her innate teaching quality shows in the leadership her teaching quickened in students who established independent movements now ministering to mankind (“Emma Curtis Hopkins” wwwhubs).

Leadership role of women and feminine theology in New Thought

In the first graduation ceremony of the Emma Hopkins College of Metaphysical Science in 1889, Hopkins graduated a total of twenty-two individuals of which twenty were women. According to Gail Harley (:1) she actively assigned women a prominent place in her ministry as ordained pastors and she taught that the third person of the Trinity was the Holy Mother or Comforter. Harley says (:74-78) that although the concept of Father-Mother God originated with the Shakers and was used by Eddy, Hopkins “was the first religious teacher of her time to break away from the dominant Protestantism of the nineteenth century, create an alternative feminist theology, and attract a sizable following for this new theology.”

An excellent series on the Mysticism of Emma Curtis Hopkins is available at: http://www.truthunity.net/audio/john-rankin/the-mysticism-of-emma-curtis-hopkins