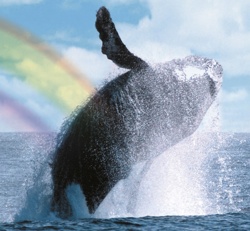 It was Sir Isaac Newton who was able to prove that the planets followed predicable orbits that were governed by a magnetic force known as gravity. This led to the idea that magnetism could be used for other purposes as well. As you will read in the chapter on Mesmer, early attempts were made to apply magnetic force to heal ailments of the body.

Despite promising early success, Mesmer’s attempt to use magnetism to heal the body was not successful. However his work led to other experimentation which revealed that what success Mesmer did achieve appeared to be related to the mental state of both the doctor and the patient. This new understanding has come to be known as mind-cure. It is important to note that mind-cure is a doctor-patient practice and the activity of mind-cure is often known as a “spiritual treatment.” You will read more about this in the chapters on Quimby, Evans and the Dressers.

From mind-cure to Christian Science

In the years running up to 1890 it became apparent that the success of mind-cure did not depend on the active participation of a doctor; one could achieve healing by oneself through mental means. Instead of a visit to a doctor, one needed only to attend a class to learn the mental healing techniques. It was Mary Baker Eddy who pioneered teaching healing techniques by mental process and her student Emma Curtis Hopkins who made those techniques accessible to thousands. Both Eddy and Hopkins came from traditional Christian roots and they never fully abandoned those roots. They combined their understanding of the principles of mind-cure with traditional Christianity to form what we know today as Christian Science.

From Christian Science to New Thought

Emma Curtis Hopkins broke with Mary Baker Eddy in 1887 and set up shop in Chicago as an independent teacher. She taught nearly all the founders of the branches of New Thought, including Charles and Myrtle Fillmore, Ernest Holmes and the Brooks sisters and influential writers, such as H. Emilie Cady. These founders and thinkers began looking for a deeper understanding of how Christian Science worked. They found answers in the writings of the Transcendentalists, specifically those of Ralph Waldo Emerson. It was Emerson’s synthesis of metaphysics with the mystical understanding of the human ability to perceive the divinity in all things that provided the answers and led to the confluence of mind-cure with metaphysics and mysticism. Emerson referred to the ideas of the Transcendentalists as “this new thought” and it is from him that New Thought has adopted its name.

The healing process as practiced by New Thought today is based on achieving a mental awareness of the body’s true, perfect nature and its unity with God-Mind (an awareness of Oneness). The objective is to open the human mind wide enough (permitting Flow) to allow that perfect nature to emerge (Manifestation). This is often accomplished by use of affirmations, such as “perfect health flows through me now.” It is perhaps this body-centered spirituality that most distinguishes New Thought from traditional Christianity.